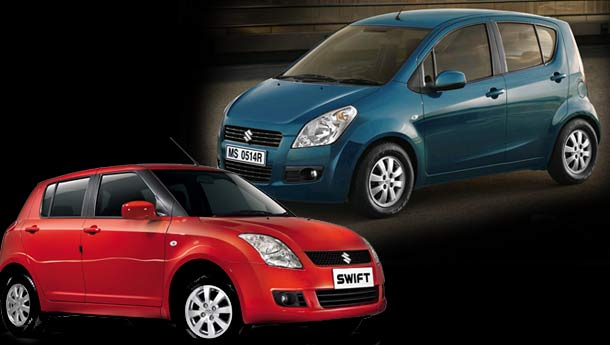 Car market leader Maruti Suzuki, which has planned a series of upgraded versions of its current range of models, is finding it difficult to control the escalation in prices of commodities seen over the past couple of months.

The rise in prices of essential inputs like steel, aluminium, copper and rubber, among several other commodities, will effectively negate the company’s efforts at bringing down the cost of manufacturing per car, making it less affordable than now, according to a senior Maruti executive.

The 2010 edition of the Alto, for instance, which will replace the M800 in all major cities from April onwards (if there’s no change in the government deadline on new emission norms), will not be priced cheaper than the present model, which carries a price tag of Rs 2.69 lakh (base version, Mumbai). Steel prices have already firmed up by Rs 3,000-4,000 per tonne, due to a corresponding increase in iron ore prices, as well as upbeat demand. Tyre manufacturers raised their prices following a 40 per cent increase in prices of natural rubber. Maruti stated on Wednesday that it is actively contemplating a price increase in the next couple of weeks.

R S Kalsi, chief general manager (sales), said: “We cannot bring down further the cost of the Alto, as it is already priced in a very affordable range. Raw material prices are rising constantly, making it impossible to even sustain prices at present levels.”

The new Alto will have a Bharat Stage-IV compliant engine, borrowed from the K-series family, along with refreshed interiors and exteriors. The company however, is not letting out any details on prices.

Similarly, a face-lifted WagonR will soon be seen in the Maruti showrooms. Besides a refreshed exterior, it will have a new but lighter engine. This engine, too, will be BS-IV compliant, while being equally fuel-efficient compared to the current version.

Anticipating the surge in commodity prices, Maruti has embarked on a cost-cutting drive across manufacturing and distribution operations, as well as on component suppliers, who are independently battling the cost pressure.

Despite a very high level of localisation in its cars, Maruti has to pay hefty import duties for the 10 per cent of components it directly procures from outside the country. An additional 15 per cent of the total component requirement is imported by its vendors.

According to company officials, Maruti intends to halve its share of direct imports to almost 5 per cent in the next two to three years, by sourcing those parts from local vendors. This will result in cost savings for the company up to 20 per cent.

Component suppliers say despite the cost pressure they are facing, they are being forced to look at further cutbacks in the end price of the product. Whatever savings are earned from the process will be passed on to the consumer, according to Maruti. Further, all car makers are under a common threat of a withdrawal of the excise duty benefit introduced by the government in December 2008, as part of the first stimulus package after the global economic recession bit in. Car sales have bounced back robustly so far this year, registering high double-digit growth compared to the previous year. This may direct the government to reverse the package, say market experts.