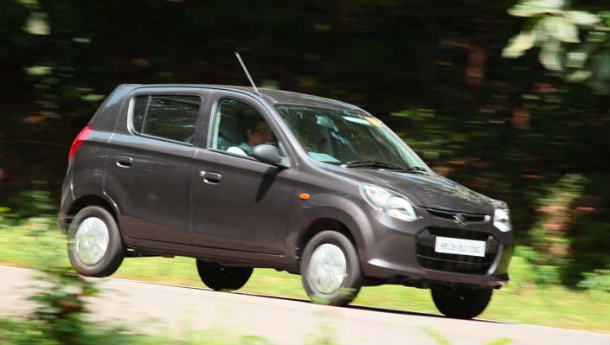 The country’s largest car maker, Maruti Suzuki, on Tuesday triggered a price war in the entry-level small car segment with the launch of the new Alto 800, priced lower than the base variant of the outgoing model.

Hyundai, the country’s second largest car maker, is offering the Eon on a par with the Alto 800, priced at Rs 2.44 lakh, inclusive of discounts and bonuses. Nearly 12 per cent (around Rs 30,000) of the value of the Eon is being offered as a discount by Hyundai. Tata Motors has launched a special edition Nano which features alloy wheels, body graphics, music system and a glove box. These features are not seen on the regular Nano. “Drive home your special edition Nano today and save up to Rs 40,000,” states an advertisement.

The Alto, which has been the best-selling car on Indian roads for eight straight years now, has seen sales slowing in recent times due to waning demand for petrol cars. Average monthly sales of the car have declined to around 18,000 units between April and September this financial year from over 25,600 units sold every month in 2011-12.

Sales of petrol cars in the domestic industry have dropped by a fifth this fiscal as against a 54 per cent increase in demand for diesel models.