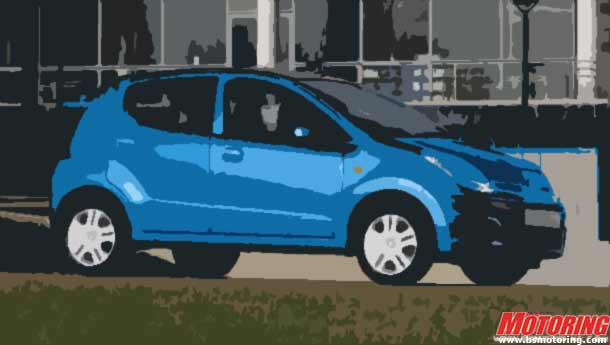 The country's largest car maker Maruti Suzuki India’s ‘completely made-in-India car’ will hit the roads by 2012 and the company is likely to finalise the design within the next six months.

According to people in the know of the project for the car, the company will finalise the design, engine size and how to position it in the market within the next six months.

“It is likely that the made in India car will be positioned along with MSI's best selling model Alto,” a source said.

Internally, MSI had set 2012 as the launch target, the source added. At present, MSI still depends on parent Suzuki for its future model design and development programme.

It is, however, spending around Rs 1,500 crore over the next 3-4 years at its R&D centre at Rohtak — Suzuki’s only such significant centre outside Japan — to scale up its vehicle development programme and become self-reliant.

When contacted, an MSI spokesperson said, “For customers' benefit, product development and technological innovation are continuous processes at MSI. We do not comment on future models and plans.”

The 'Made in India' car has been developed keeping in mind rival Hyundai Motors India's small car that is also likely to be unveiled in early 2012. Hyundai is also designing and developing the car keeping in mind the Indian market.

Hyundai's small car is expected to be positioned below the company's existing flagship model, Santro, and operate in the segment that the Alto from Maruti Suzuki is in.

Alto is currently the highest selling car model in India, with average sales of over 20,000 units per month, and is priced between Rs 2.29 lakh and Rs 3.26 lakh (ex-showroom, Delhi).