Just before the world premiere of Maruti’s highly anticipated sub-4 meter SUV, Vitara Brezza, official pictures of the utility vehicle have been leaked online. The Compact SUV will be launched on 3rd February at the 2016 Indian Auto Expo, which will be held in the Greater Noida region. This particular offering from India’s largest automaker will rival the likes of Ford Ecosport and Mahindra’s TUV300. These images surfaced following the leak of Vitara Brezza’s variant-wise feature details. The car will be available in a total of 6 variants viz. LDi, LDi(O), VDi, VDi(O), ZDi, and ZDi+, all of which will come with driver's-airbag as standard. The dual-tone paint job seen in the images, however, is expected to be featured only on the ZDi+ variants.

Even though an earlier report stated that Brezza will be sold out of Maruti's standard dealership, what strengthens  the sheer possibility is the fact that Brezza follows standard Maruti variant nomenclature and not the titles followed by premium cars offered out of Nexa dealership. We came to this conclusion due to the recent leak Brezza's variant-wise feature list. 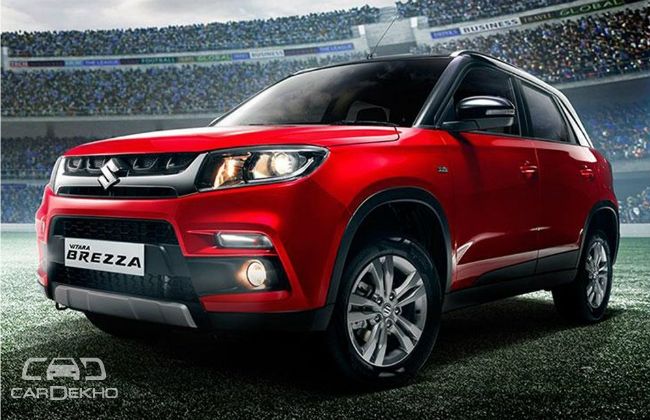 The feature list also strengthened the possibility that Vitara Brezza will only be offered in diesel variants in India. The mill to be incorporated by this compact SUV is expected to be Maruti’s 1.3-liter DDiS powerplant, which in all probability will produce 90PS in this car. Considering the fact that Brezza’s competitors are the likes of Ford Ecosport and TUV300, who offer poweroutputs of 100PS and 82PS respectively, it can be deduced that Brezza will put its best foot forward in order to go head-to-head with its competition, provided if Maruti takes the same lightweight construction approach it did with Baleno premium hatchback. Brezza is designed and developed by the Japanese automaker’s Indian counterpart and by the looks of it, they’ve done a rather impressive job of it, but design, however, is subjective. 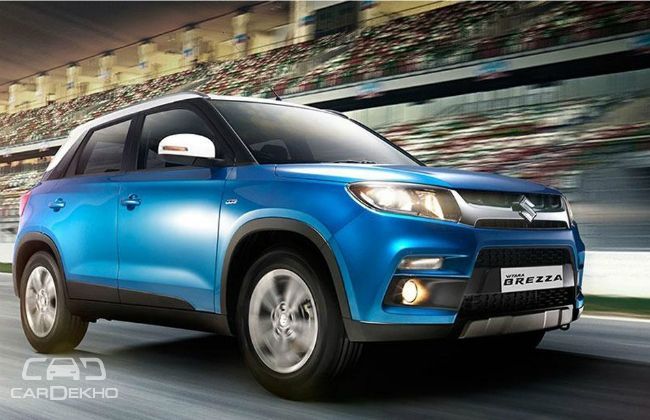