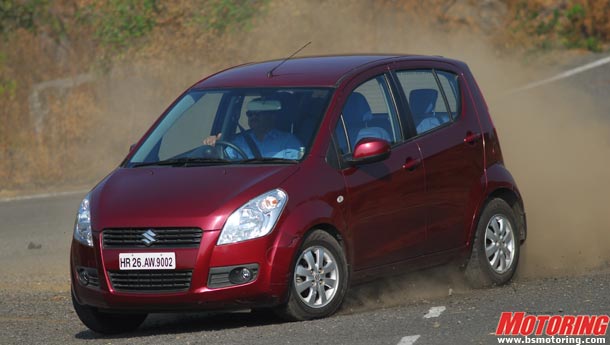 The country’s largest car manufacturer, Maruti Suzuki India (MSIL) is gearing up to go on a hiring for its research and development (R&D) activities.


MSIL has acquired around 700 acres to set up an R&D centre at Rohtak, and is considering hiring around 100 engineers next financial year to beef its 1000-strong R&D team. The company will also recruit another 1400 technicians and managers.

S Y Siddiqui, managing executive officer (HR, IT, Finance, COSL), MSIL said, “We require people for developing, designing and testing cars, categories in which there is a talent crunch in the country. We are looking at recruiting some people from Japan, US and Europe.” The numbers and employee profile for overseas recruitment are expected to be finalised next month.

“Our test track at Rohtak would be in place by 2013, so we are looking for people who can work with us and also train our people in developmental activities. The idea is to develop R&D and define a new product portfolio with our own expertise”, added Siddiqui. MSIL invested Rs173.30-crore in R&D in 2009-10 against Rs 91-crore in 2008-09.

According to the Automotive Mission Plan (2006-16), the Indian automobile industry would require another 25 million employees by the end of 2016. With the workforce set to triple from the present 13 million over the next six years, automobile companies are looking at programmes they can undertake to facilitate skill development and capability building in the industry.

The issue is on the agenda for discussion at the 14th edition of the National Human Resource Development Summit being held in Gurgaon between December 1 and 3. Over 1200 delegates from 500 companies from India, Australia, Europe, United States, Malaysia and Thailand are participating in summit to undertake initiatives which can strengthen and reinforce the programmes outlined by the National Skill Development Corporation (NSDC).

The central government has created a National Skill Development Fund with an initial corpus of Rs 995.10 crore for supporting the activities of NSDC. The corpus of the fund is expected to go up to Rs 15,000 crore as it is intended to garner capital from state governments, private and public sector companies, bilateral and multilateral finance corporations to train 150 million people by 2022 under the National Skill Development Policy.