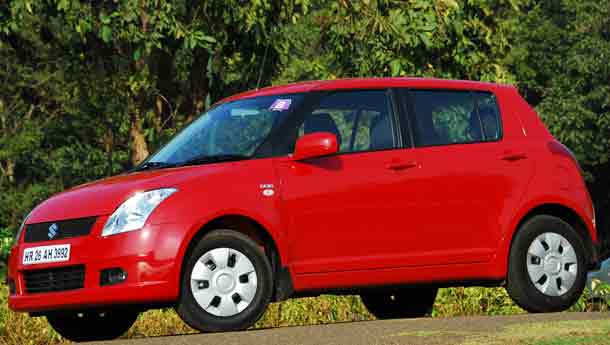 "The Swift was launched in India on May 25, 2005. Nearly 16,000 customers had placed advance orders for the Swift even before it was unveiled and its price made public. In these five years, more than 4.5 lakh Swift cars have been sold in India," the company said in a statement.


To meet the increased demand, the company has increased the production of the car, including the diesel variant, to over 12,000 units every month at present, from about 5,000 units during the initial period.

MSI manufactures one of its very successful car with a 'sporty' look from both Gurgaon and Manesar facilities.

However, the company is finding it difficult to produce adequate volume of the cars and a steep demand-supply mis-match persists in the market.

While the current waiting period for the petrol variant is 2-3 months, customers have to wait up to 4 months to get the delivery of a diesel Swift.

The company offers the petrol variant with a 1.2 litre K-series engine, while the diesel car comes with a 1.3 litre DDiS engine.