With spied images of Maruti Suzuki Swift DZire facelift floating around, it is expected that the automaker will soon launch the updated Swift DZire. As the production ready model is spotted without any camouflage couple of times, it is speculated that India’s largest passenger car maker will bring the updated compact sedan by year end or by early 2015.

Maruti Suzuki has already launched the Swift facelift at Rs 4.42 lac (Ex-Showroom, Delhi) while its planning to launch another hatch Alto K10 with AMT gearbox in next couple of weeks. So one might wonder why the company is bombarding with series of launches? First it was Ciaz followed by Swift facelift and upcoming Alto K10. In between the manufacturer has also introduced special and limited editions of Wagon R 'Krest', Ritz, Celerio and Ertiga. Well the answer is simple- The market is fierce, the competition is tough and the occasion is festive.

Unlike the Swift facelift, the DZire gets couple of major exterior changes such as bold chrome slat on the grille, new bumper, chrome inserts on fog lamps similar to what we have seen in new Punto Evo. While inside the cabin, the car embraces push start-stop button, multifunctional steering wheel, reverse parking assistant, power ORVMs, and updated music system with Bluetooth connectivity. 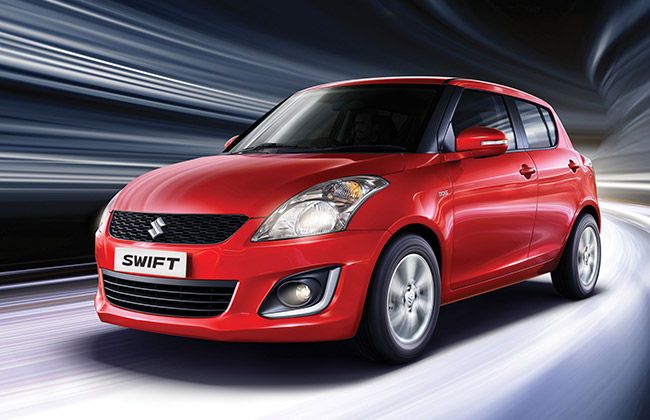 As seen in Swift facelift the engine specification remained same but the fuel efficiency was enhanced by 10 per cent in diesel and 9.67 per cent in petrol and the same is expected in the DZire facelift.