Encouraged by the popularity of its automatic transmission-equipped vehicles, Maruti Suzuki is planning on floating the technology to other vehicles in its portfolio. 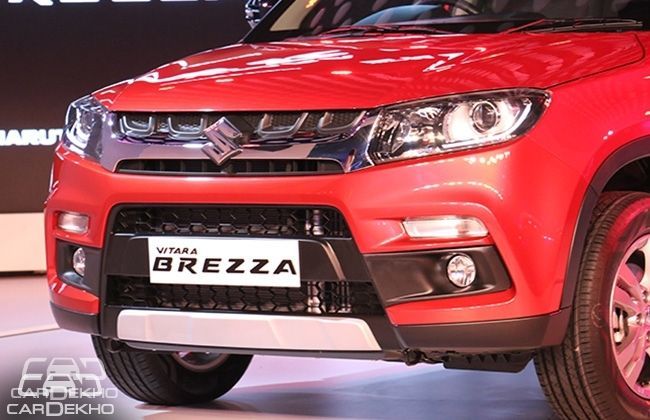 "Going forward, Maruti Suzuki's endeavour is to bring one of the two-pedal technologies to its models, across segments in some form either AGS, CVT or AT," said Raman.

“The company's effort will be to ‘democratise’ these technologies so that more people are able to benefit from these (technologies)”, he added.

Though he remained tight-lipped about which models could be a part of this ‘democratisation’ process, we expect the Vitara Brezza and S-Cross to fall in line.

The recently launched Vitara Brezza has been an instant hit for the Manesar-based company, outselling its immediate rival, the Ford EcoSport within a month of its launch. In its current state of tune, it is propelled by a 1.3-litre DDiS 200 diesel engine while power is transmitted to the front wheels via a 5-speed manual gearbox.

On the other hand, Maruti’s other popular SUV in question, the S-Cross comes with another powertrain option along with the aforementioned configuration. The more powerful 1.6-litre diesel powerplant is mated to a 6-speed manual transmission, under its hood.

While both these compact SUVs missed auto transmission variants when launched, the improved market response, in addition to close rivals – Ford EcoSport, Hyundai Creta, Mahindra TUV300, Mahindra NuvoSport etc, all featuring ATs, it has become imperative for Maruti to also jump onto the bandwagon.

Maruti Suzuki began its tryst with automatic technologies through the AGS (Auto Gear Shift) that was introduced first in the Celerio hatchback, in 2014. Till date, Celerio AMT vehicles account for over 60 per cent of the Celerio’s sales.

Following the Celerio, the company added more models to the portfolio with the Alto K10, WagonR, Stingray and DZire, which is the first diesel-engine model from the Maruti Suzuki stable to be equipped with the AGS technology.

The carmaker’s second auto transmission technology CVT (Continuously Variable Transmission) then came into existence with the premium compact Baleno while AT (Automatic Transmission) was also added to the Ciaz and Ertiga.

As CV Raman said in the interview, the objective of such technologies is to bring comfort and ease of driving to the customers. Equipping the Vitara Brezza and S-Cross with automatic transmissions could thus be a rewarding move for Maruti, especially in larger cities with bumper-to bumper traffic.