Setting into motion its plan of achieving a target growth rate of 10% for the next four years, Maruti Suzuki has urged its component suppliers to beef up investments for the future as the company's requirements are expected to grow.

The upbeat outlook from the local car market leader comes despite uncertainties over diesel vehicles with authorities increasingly bringing in stricter green rules and the Society of Indian Automobile Manufacturers cutting the industry's growth forecast.

Industry sources state that during a vendor meeting in Bangkok in April this year Maruti executives said the company will be commissioning close to half a million capacity in the next three to four years. 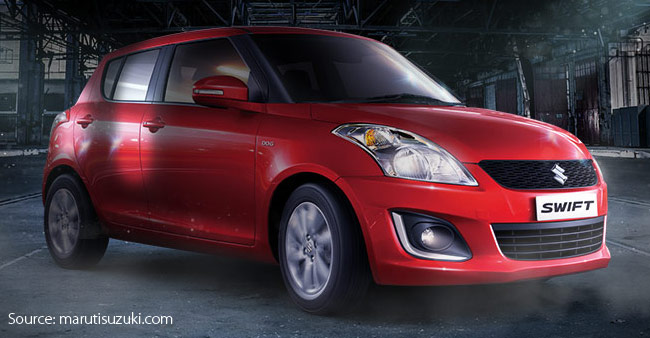 The company aims to have a localisation content of around 85 per cent on an average across its premium and volume products. Sources add that Maruti is confident of a compounded annual growth rate of 10% until 2020 to achieve its goal of making 2 million cars a year as part of its Vision 2.0.

Company sources state that it is looking at an average of 85 per cent localisation in both mass market and premium products, inclusive of direct import by the company and indirect by its vendors. He said there could be some exceptions in some premium products such as the S-Cross in which the engine is imported.

Meanwhile vendors who supply to multiple auto makers say that while there is a word of caution from other major car makers over growth forecast, Maruti appears certain about the future and is encouraging its vendors to expand capacity and set up new plants where required.

"Amid all the uncertainties, the outlook was optimistic from the management. The tone was go ahead and invest, we will meet the targets, the pipeline is of 10-15 products, we are expanding network and the brand is strong," said another vendor who attended the meeting.

Looking at the way the company has performed in the past few years despite a sluggish environment, yet another vendor said he is confident that Maruti will be able to meet the targets in coming years.

Maruti's Japanese parent, Suzuki Motor, has invested close to Rs 2,500 crore at a facility in Becharaji, Gujarat and Maruti will source vehicles from the plant at cost.

And looking at the growth trajectory planned, Suzuki is expected to further infuse another Rs 2,500 crore in India manufacturing by 2018-19. According to people in the know, the company is planning to increase the output of the Vitara Brezza by 30%-50% to 1.2 lakh units for the fiscal year that started in April. For the Baleno, the plan is to increase production by 10-15% to about 1.65 lakh.

Both these vehicles have long waiting periods, with customers having to wait for three-eight months for getting the delivery depending on the variant. In the past four years, while industry volumes have just grown 4% to 2.78 million in fiscal 2016, the maker of the Swift and Dzire has expanded volume by 30%, to 1.3 million vehicles from 1million at the end of fiscal 2012.

The company had its highest market share in passenger vehicle for about a decade and half at 46.7% in fiscal 2016. In passenger cars, it had a 52.7% market in the last fiscal year.