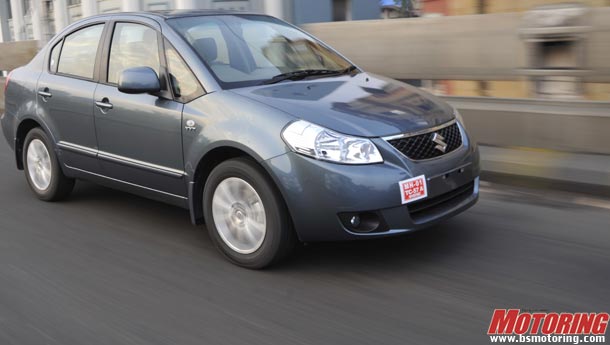 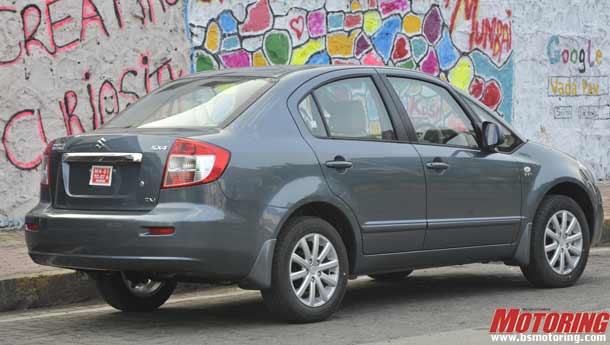 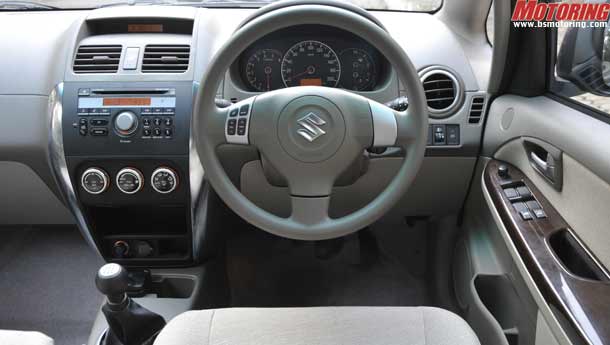 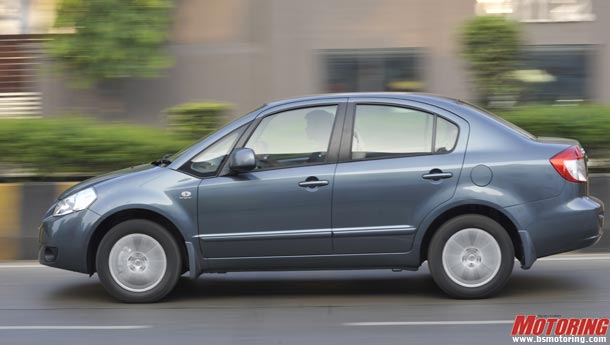 For Maruti Suzuki, the C-segment has been a bit of a mixed bag. While the Suzuki Swift Dzire has been a runaway success, the SX4 has seen it all - from great days to not-so-great ones. No one ever doubted that the SX4 presented very good value in a package that stands out from among the crowd. And yet, somehow, the charm of other contenders like the new Honda City has taken away the sheen from the SX4. But now it's back, donning added tresses, a new hairdo and some more power.

The facelifted SX4 now sports a new honeycomb grille, newer less flashy alloy wheels with more spokes and new clearer tail lamps. In addition, you also get VVT badges on the flanks - an indicator that things have changed under the hood. On the inside, the SX4 ZXi gets new mock wood trim and colour co-ordination and an updated stereo system to handle all your USB based music. Some of these changes do appear tacky, though they do add some colour to the otherwise drab interiors. The other big change is the gear lever. Apart from the five-speed manual, you also get a four-speed automatic - the only other cars in its segment to offer that option are the Honda City and Hyundai Verna diesel.   But let's get back to what's under the hood. A new updated 1.6-litre engine now sports variable valve technology to offer infinitely variable valve timing. The advantages of which are better fuel combustion, lower emissions and better fuel efficiency. Changes to the ECU and other bits have resulted in the engine becoming Euro-IV ready and with an additional 2.5 bhp now available a bit more powerful too.

Once on the move, the SX4 engine feels a bit more refined. It feels slightly more eager by nature, stymied in a way by the 4-speed automatic. The automatic gearbox by itself lends the car great driveability. Because of the inherent torquey nature of the 1.6-litre engine it doesn't exactly sap much power and at speeds up to the three-digit mark moves rather smartly. Though once you get upwards of 100 kph, the engine starts to sound buzzy and a bit too vocal. Somehow the ratios (or the lack of them) mean it needs to detect some serious upping of the pace to go into top gear. There is some amount of manual control available for downshifting though.   The other big improvement can be felt with the altered rear suspension settings. The earlier SX4 had a tendency to feel a little bumpy which has more or less been cured due to the adoption of new dampers at the rear. This has also improved its high speed stability, especially during lane change manoeuvres where the earlier car had a tendency to pivot around its front end and therefore feel slightly nervous.

Our test car with the whole gamut of features, a body kit and leather seats will set you back by Rs 8.72 lakh ex-showroom, Mumbai. Without these features, it comes down to Rs 8.38 lakh. In comparison, the Honda City automatic starts at Rs 10.11 lakh not including embellishments. This presents the SX4 auto as another great value option and with the overall improvements and even better one at that. Hopefully from here on, the words mixed bag and C-segment might not haunt Maruti Suzuki any more.