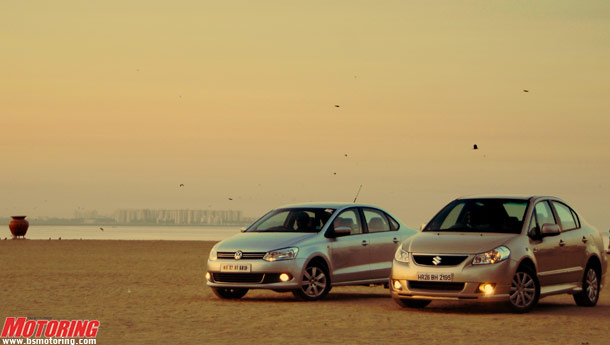 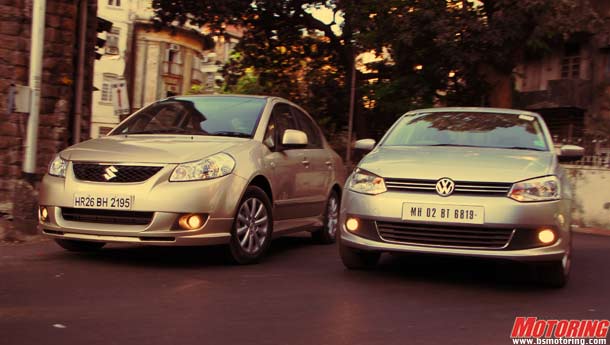 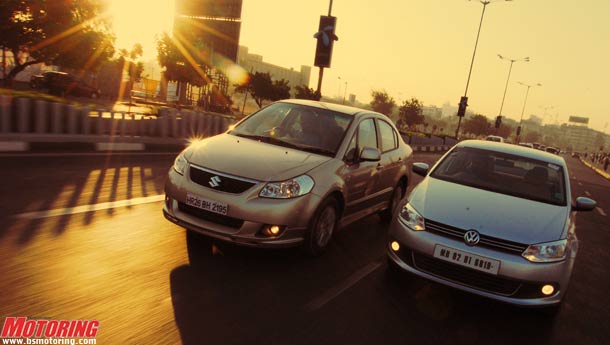 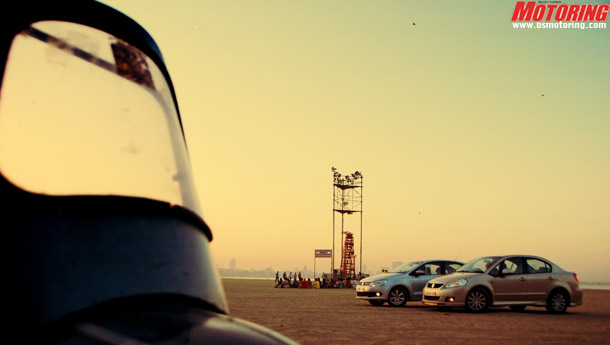 Four years ago, as Maruti Suzuki prepared the first of its Multijet equipped DDiS diesel-engined cars, the Swift, it wasn’t truly prepared for the success that lay ahead. In no time, it doubled the Swift’s volumes and before anyone knew it, they had to deal with capacity issues at their diesel engine plant. The Dzire and Ritz only added to their headache – but they weren’t complaining. But all this while, everyone worth their salt, grain and drop of diesel were asking Maruti one simple question – will the SX4 diesel ever happen?

You see, Maruti hasn’t taken the better part of three years trying to necessarily develop an engine. In fact, they first went around looking for a larger capacity diesel from Fiat, then 20 per cent shareholder Volkswagen, but I guess in the end sense prevailed and they went back to the good ol’ DDiS, took a good look at its application in the Fiat Linea and Tata Indigo Manza (see box) and came back, armed with a variable geometry turbocharger, a remapped ECU and changes to the common-rail unit to now help the SX4 put out 89 bhp@4000 rpm and a higher 20.4 kgm@1750 rpm versus the 19.4 kgm of peak torque in fixed geometry turbo found on the other three cars. They all sound quite okay, until theVolkswagen Vento TDI steps into the ring. At 103 bhp@4500 rpm and 25.4 kgm@1500 rpm, the Vento simply runs rings around them on the numbers front – and this is quite evident in the performance figures.

Right from the word go, the Vento opens a gap that only extends as speeds start to rise. Using its taller second and third gears, the Vento simply splits the gap wide open, clocking 4.93 seconds to 60 kph versus the SX4’s 5.92 seconds and takes it further by 2.7 seconds to 100 kph. Where the SX4 diesel starts to run out of steam at 165 kph, the Vento pushes forward to 190 kph with no let up. So where do the differences lie apart from power and torque figures?

Well, it’s got more to do with the gearing and tuning. Don’t make the mistake of assuming that the SX4 isn’t geared well, in fact for that sort of a motor pushing 1,245 kg of mass, the SX4 can be quite relaxed when cruising on the highway or generally in town. It’s only when it comes down to start-stop traffic that the SX4 can’t be lugged around in higher gear. That’s where the Vento’s gear spacing makes it that bit more flexible. It just has the upper hand on the whole, due to the fact that all that creamy torque is available further down the rev-band, but it’s somewhat let down by a turbocharger that kicks in more abruptly than the one on the SX4. Yet the DDiS motor feels quite sprightly and when wound up it can be good fun. The dollops of torque available helps the Vento register a slightly better 15.3 kpl overall versus the SX4’s 14.9 kpl. But in the area of NVH, it’s the SX4 that stays ahead. While the Multijet feels naturally more refined than the TDI motor, Maruti has also used more sound deadening to help isolate the occupants with the windows rolled up. The TDI motor feels more clattery and while it settles down, it doesn’t completely disappear. It’s only when the windows are rolled down and speeds start to go past 80 kph that the SX4’s 16-inch wheels and huge mirrors add to the wind and tyre roar.

Then again, the SX4 scores in other areas – namely in the driving dynamics bit. Maruti first attempted to make changes to the SX4’s suspension setup in late-2009, when it first brought out the facelifted version. Unlike the pre-facelift model that suffered from being a tad too bouncy, the new one felt more settled and with different spring rates felt a bit plusher on the ride quality front. For the diesel, they have made some more changes to the brakes and suspension to account for the increased weight and power, but have managed to retain that improved ride quality. There is still some bounciness, but it doesn’t tend to bottom out. The Vento feels more adept and mature on flat surfaces and less than ideal roads. It’s better designed to soak in the bad thumps, though it does tend to bottom out on some patches. However, the SX4 fights back with better handling. Despite sitting taller, the SX4 turns into corners quicker and feels more agile – although it still isn’t the class benchmark. Its steering offers more feel and given the motor’s enthusiastic nature, it’s a joy to hustle around corners. The Vento, designed more for cruising than corner carving can’t really keep up with the SX4. Its steering offers very little in terms of feedback and combined with its slightly longer wheelbase makes the car less flickable and slower around bends.

From behind the wheel, the SX4 has some things better sorted. While the steering offers more feel, the controls are light and easy to use. Whether it is the detent-pin equipped gearbox that slots into place beautifully or the light clutch, it is just easier to use around town; so what if it isn’t as driveable as the Vento? Nothing wrong with the Vento’s gearbox which slots into place quite decently, but the heavy clutch will make you want to take a Talwalkar’s membership soon enough. However, this can be forgiven when you run your hand around the cabin and get a good feel of the material used. The plastics, trim and the overall finish are of a slightly higher order here.

The Highline does not have steering-mounted audio controls, nor does it have an aux/USB port – which the SX4 does. Yet, the overall feel on the Vento is richer and more pleasurable. The SX4 has nice leather as we found on our fully-loaded optional version and even a body-kit (a looker, but totally unnecessary). Some plastics are of a slightly lower grade, but some, like the controls for the air-con, are well finished. Space-wise, the Vento offers better leg room at the rear, but shoulder and head room at the front is better on the SX4.

Eventually, it is the SX4 diesel that tries hard to give the Vento a tough fight – and it does! With a price tag that is about ` 20-50,000 less than the Vento, it seems to be great value for money. What’s more, Maruti have really managed to engineer it well enough to place it one step ahead of the Fiat Linea diesel. But it somehow doesn’t quite come together as well in the end as the Vento. The Vento simply feels like a car that is a class larger and is a more mature package.

Not that the Vento wins by much, but it does manage to hold on to the title of the best diesel sedan under ` 10 lakh. And that should be good enough reason for them to figure out possible future growth projections, just like Maruti had to some years ago.