After leading its segment for the last 3 years, Maruti Suzuki Swift Dzire has now added another feather to its cap. The car has now crossed the 1 million units sold mark making it a part of 'the elite million club’ with cars like Alto, Swift and Wagon R. Ever since its launch in 2008, the car has had a special place in the heart of Indian customers. The car is strongly built, has low maintenance and is economical to run with 20.85kmpl for the 1.2 litre petrol and 26.59kmpl for the 1.3 liter diesel (ARAI). The compact sedan now joins the likes of Alto (2.83 million cars), Maruti 800 (2.67 million cars), Omni (1.68 million cars) and WagonR (1.68 million cars). 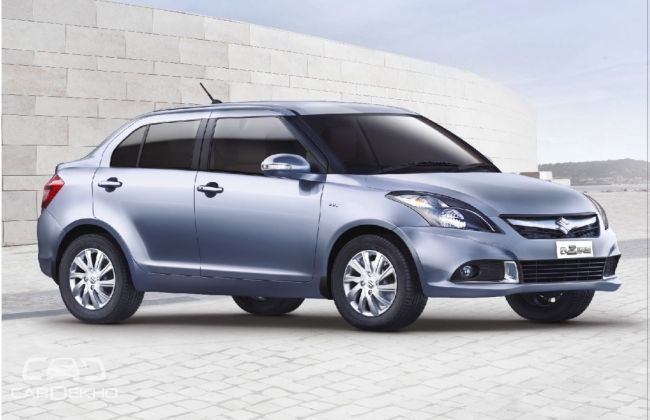 To celebrate this success, Maruti Suzuki is launching a campaign ‘The sweets are on us’ in which the current owners of the Swift Dzire will receive edible goodies in the mail along with edible art installations in malls all across the country. Maruti Suzuki will also be launching a diesel variant of the Swift cousin with automatic and manual gearbox. This variant is expected to be launched in the festive season this year. The cherished Maruti sedan is also exported to Africa, South America, Central America, Middle East ASEAN and SAARC countries. The cumulative exports till Jun’15 were around 50,000 units.

Mr. R S Kalsi, Executive Director, Marketing and Sales, Maruti Suzuki India said, “DZire is a complete package. Its refreshed looks, rich equipment list, enhanced fuel efficiency, have been warmly received by customers and have enabled us to strengthen sales and enhance share in a tough market. We thank all DZire customers for their patronage to the brand”.

The Dzire is based on the successful Swift platform and boasts sporty looks, superior comfort and a best in class mileage of 26.59 Km/l (diesel). Dzire is available in both petrol and diesel options and offers features like engine push start/stop button, reverse park assist, new motion alloy wheels, Bluetooth with audio, etc. It is also the only sedan to be in the top five most selling cars in India’s passenger vehicle market.