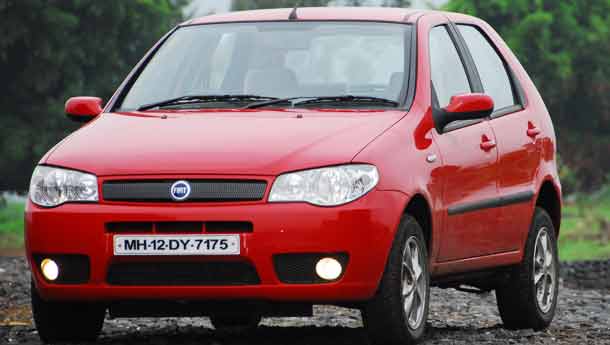 I swear, the next person who asks me why we are comparing a diesel to a petrol gets a (to borrow a term from ol’ Sac Rao) burnout done on his soft spots. Come on guys, haven’t we done a petrol versus diesel story before? And it’s not like we get our preferred choice of fuel stamped on our bums at birth anyway, right? Now that diesels have become good enough to threaten the mere existence of petrol engines, stories like these are a given. Hence the two quickest cars from each of their fueldoms. The Fiat Palio 1.6 was always the hallowed hot hatch (in a world without GTis, we are stretching the term here) while the Swift oil burner has performance to shame bigger petrols. Besides, Audi and Peugeot thrashed the daylights out of all gasoline engines at Le Mans this year and I don’t hear you complaining. So sit back, relax and enjoy a good read.

It’s business, not personal
Like a one-time star athlete who’s now going through middle age, the Palio is making a comeback. The facelift was way overdue, but the anaemic 1.1 engine wasn’t. But the good news is that the 1.6 has returned as well. The not-so-good news is that it’s without the GTX tag. It gave the 1.6 a nickname of sorts and had a sense of fast to it. A further reduction in bragging rights is thanks to the reduction in power. To meet new emissions, this 100 bhp starlet now makes two horses less.What’s remained more or less the same are the supremely handsome lines. While the rear is slightly more boxy than I would have liked, the Palio is still the prettiest of hatches around. It doesn’t turn all heads anymore but with those wheels, it certainly turns all the right ones. Besides it’s the only car that can carry off purple and that alone speaks volumes about the design. To be honest, in furnace red, looking at the Palio is even better than driving it.

The Swift, on the other hand, is no longer the design icon that everyone thought it would be. Maybe because it completely populates middle management IT parking lots these days or maybe it’s those undersized tyres, the initial hoopla about the way it looks seems to have faded. People don’t paint their roofs white anymore. Sure it’s still contemporary, but time hasn’t been kind to it.The tables completely turn when you compare the interiors. Fiat hasn’t done a great job, rejuvenating the Palio’s interiors and the two-tone don’t really save the day. The Swift is leagues ahead in this regard and even in all black, the interiors look very good. The Fiat is larger on the inside but the Swift is ergonomically spot-on. It’s a notch up on quality too. But closing the Palio’s doors is like shutting a bank vault.

Go to the mattresses
It’s a classic horsepower versus torque battle in the performance stakes. The 98.6 bhp 1596cc Palio motor peaks at 5500 rpm, while the Swift’s 1248cc JTD comes alive with 75 bhp at 4000 rpm. Talking of torque, the Swift has the Palio clobbered with its 19 kgm against the Fiat’s 13.7. The difference is closer in a drag race though. While the Palio is always ahead by half a car length, it annihilates the Swift after the 100 kph mark. For those who understand numbers, the Palio is faster to 60 kph by one second and to 100 kph by a full five secs. Top speed on the Palio is 186 kph as compared to 160 kph on the Swift. For those who don’t understand numbers, that’s a difference of 26 kph.But pub facts aside, it’s the Swift that’s more fun to drive on a commute. It rides the torque curve so well, and even in fourth, it goes like a lesser car would a couple of ratios down the cog. You just point, grip, scoot and smile. No need to shift down or anything. On the other hand you need to work hard in the Palio. Power comes in very late and those gaps through traffic become a case of frantic gear changing and second gear wheelspins. It’s the sort of thing that’s fun for the first five minutes but you hate it in the sixth minute. The other thing about all this pedal-to-metal stuff is that it’s much cheaper to do it in the Swift. Through the length of the test, both cars were driven equally hard and yet the Swift went seven km further for every litre of fuel. And remember, it’s cheaper fuel too!But for weekend trips out of town, it’s the Palio that I would prefer. The ride on this car is still leagues ahead of anything around and it floats over imperfections despite being brilliantly keyed-in. It’s equally keyed-in in the corners too and that three-spoke steering wheel feeds detailed info that gets more clear through corners. The Swift pales in comparison and disappoints a keen driver – the one who treats apexes like he’s viewing them through crosshairs. Unlike the petrol Swift, the diesel is more engine-less car. The weight of that JTD motor is telling, especially in corners and it feels like there’s this big mass upfront that’s refusing to change direction. Talking of commutes, the Swift is clearly more driveable and even more liveable. And while the Palio is better in corners, it’s not really up there to be called an out-and-out driver’s car.

An offer you can’t refuse
In terms of a buying decision, there really is no contest here because the Suzuki is by far the most sensible choice. It beats the older Palio on most fronts and at just under six lakh rupees it may not be cheap to buy, but it sure is cheap to run. More important, it’s fun to drive in traffic and is by far the best commuter car that you can buy today – a fact that is supported by the two-month long waiting period.But those of you who’ve read this far hoping for a Palio victory needn’t be disappointed because the Fiat still presses the right buttons. It’s a whole lakh cheaper too. But the thing with the Palio 1.6 is that it really isn’t about the money. It’s about those flawless Giugiaro lines and the fact that this might just be the last of the hatches with a big petrol engine. Now that’s something no amount of technical data in this world can document. If that isn’t reason enough to buy this car, I don’t know what is. And if you live life on an ‘you only live once’ basis, it really isn’t a contest.Sure, if you were to choose the Palio over the Swift, people would call you silly, or even stupid. But they would secretly wish they were brave enough to make a choice like yours. The question is, are you? I know I am.