The ‘banker to every Indian’, State Bank of India, is now behind the carmaker for every second Indian, Maruti Suzuki, in market capitalisation.


At a market cap of Rs 2,73,106 crore, the Suzuki-promoted carmaker is now the sixth most valued company in the country.


Maruti’s stock has surged 65 per cent since January, in line with a sustained increase in sales and market share. Interestingly, the country’s biggest carmaker is now more valuable than the combined market cap of the three leading automobile companies in the country: Tata Motors (Rs 1,18,684 crore), M&M (Rs 86,336 crore) and Ashok Leyland (Rs 34,700 crore).


Maruti Suzuki’s stock hit a new high of Rs 9,120 at the BSE on Friday and closed at Rs 9,040, up almost two per cent from the previous day. SBI, which calls itself the banker to every Indian, closed the day with a market cap of Rs 2,70,312 crore. Maruti also surpassed non-banking finance company Housing Development Finance Corporation (HDFC) in market cap on Friday. HDFC’s market cap was Rs 2,67,809 crore.


Maruti Suzuki India stood eleventh in market cap at the beginning of the calendar year (CY17). It surpassed Infosys, Oil and Natural Gas Corporation (ONGC) and Coal India in CY17.


Every second car sold in India, the world’s fifth largest market, is made by Maruti. The carmaker has been the biggest gainer in an expanding market. Its market share stood at 47.40 per cent in FY17 and it had increased to 50 per cent during the first seven months of FY18. Domestic sales grew 15.52 per cent to 957,603 vehicles during the April-October period. This rate of growth is double the industry’s 7.67 per cent in the specified period. It has said it would post double-digit growth for the whole year.


Maruti has to a large extent managed to shed the image of a small carmaker and marked a strong presence in bigger and premium ones (through its Ciaz, Brezza and S Cross). This also helped improve average realisation. Analysts remain bullish on the scrip and continue to give a ‘Buy’ call.


Maruti’s profit in 2016-17 was a record Rs 7,337 crore, about 37 per cent higher than the previous year. Year after year, it has shown a volume growth higher than the average industry performance.


JPMorgan said in recent report: “Maruti Suzuki’s revenue growth, we think, will remain exciting over FY18 as positive model mix flows through in both volumes and improved pricing. EBIT margins, however, may moderate from the current high levels though will likely remain above through cycle levels. We also think growth will return in the industry in FY18 and MSIL in our view will be able to hold onto its market share.” 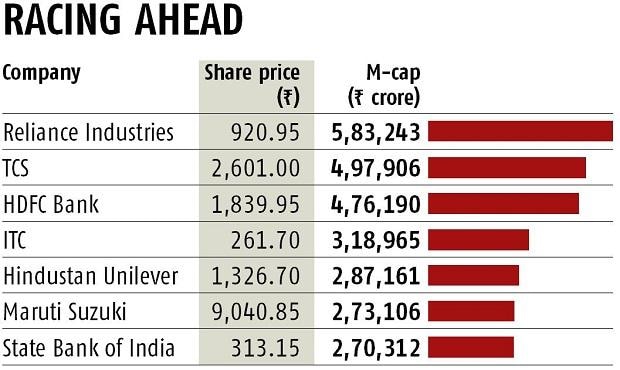