"Maruti Suzuki India Ltd will proactively undertake a service campaign to inspect a suspected fault and replace the relevant part of clutch operation system of a batch of 3,796 Ciaz (manual transmission) cars," Maruti Suzuki India (MSI) said in a statement.

The inspection and replacement will be done free of cost, and the dealers across the country have already started contacting the owners of impacted vehicles. For self checking, Ciaz customers can fill in the chassis number (MA3 followed by 14 digit alpha-numeric number) in the MSI's official website 'www.marutisuzuki.com' to ascertain if their sedan is among the above mentioned vehicles or not. 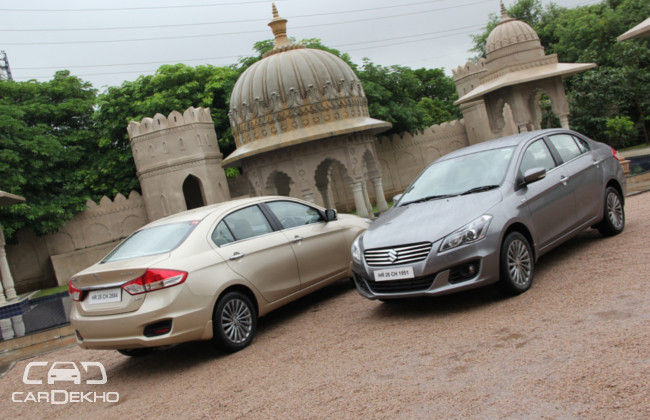 In terms of engine options, the Ciaz's diesel variants comes equipped with the same Fiat-sourced 1.3-litre-DDiS diesel mill that churns out 89 bhp and peak torque of 200Nm, while the petrol variant comes equipped with 1.4-litre K-series petrol unit, rated at 90 bhp and 130 Nm of peak torque. The petrol Ciaz has an ARAI certified mileage of 20.7 kmpl whereas the diesel variants delivers the segment-best 26.2 kmpl.

Earlier this year, MSI had recalled 69,555 units of Dzire, Swift and Ritz models, manufactured between March 2010 and August 2013 to repair wiring harness fitment.