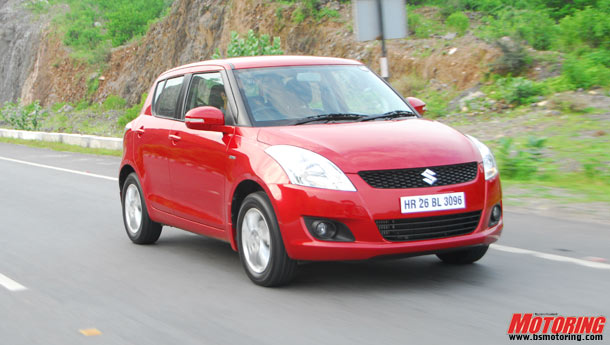 The country's largest car maker, Maruti Suzuki India (MSI), on Saturday said its net profit declined by 3.04 per cent to Rs 639.8 crore for the fourth quarter ended March 31, 2012, over the same period in the previous financial year. The company had posted a net profit of Rs 659.9 crore in the same period of previous financial year, MSI said in a statement. Analysts had expected Q4 of 2011-12 to end with a smaller profit than what the company posted, said Reuters.

For the financial year 2011-12, net profit declined by 28.6 per cent to Rs 1,635.1 crore, on account of adverse foreign exchange fluctuations, higher discounts on vehicles, rising commodity costs and labour unrest at its manufacturing unit in Manesar.

The company had posted net profit of Rs 2,288.7 crore in the previous financial year. This was the steepest decline in net profit that the auto major has registered in over three years. Previously, net profit for the company had decreased by 29.6 per cent to Rs 1,218 crore in 2008-09.

Shinzo Nakanishi, managing director and chief executive officer, said, “Last year was challenging for the auto industry. The Reserve Bank of India raised interest rates to control inflation. This, along with frequent hikes in petrol prices, impacted sales in the small car segment, where buyers are extremely cost-sensitive.”

He further added, the company’s inability to meet the demand for diesel cars in the domestic market affected sales volumes. Total sales during the year declined by 10.8 per cent to 1.13 million units, as compared to the 1.27 million units sold in the previous financial year.

To increase off-take of petrol cars, which contributes two-thirds of overall sales volumes at Maruti Suzuki, the company doled out on an average discount of about Rs 13,250 on each model. For best-seller Alto, discounts were higher at between Rs 22,000 and Rs 25,000.

“There is a huge pressure to sell petrol cars and we had increased discount by about 12 per cent in the fourth quarter of last financial year, compared to the third quarter," informed Mayank Pareek, managing executive officer (marketing and sales).

The marketing initiatives undertaken by MSIL paid off, with the company reporting highest-ever sales at 360,334 units between January and March this year.

Ajay Sheth, chief financial officer, said, “The impact due to increased input costs amounted to 250 basis points and that due to adverse foreign exchange movement to another 200 basis points of net sales. Higher discounts on vehicles further increased expenses.”

MSIL has earmarked Rs 3,000 crore for capital expenditure in the current financial year. The resources would be utilised on research and development, capacity enhancement programmes and in launching new models.