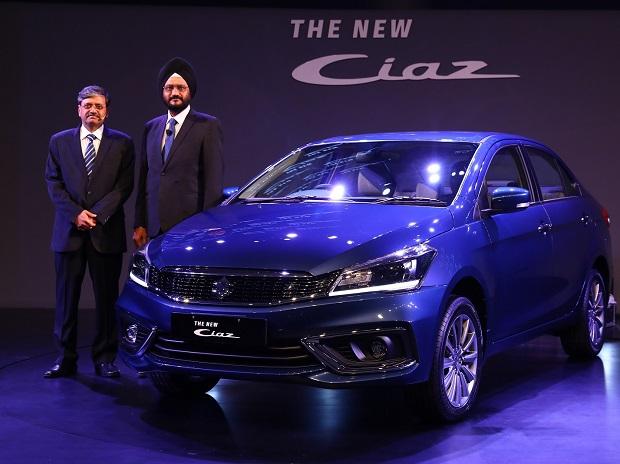 The new Ciaz comes with a new 1.5-litre K15 petrol engine along with a new generation smart hybrid technology featuring a lithium-ion battery.


The new 1.5-litre K-15 petrol engine has received a major update with the introduction of the 'smart hybrid technology'. Manufactured in India, the petrol engine churns out 103 bhp of power along with 138 Nm of peak torque.

Presenting the New Ciaz to customers, Kenichi Ayukawa, Managing Director & CEO, Maruti Suzuki said, “At Maruti Suzuki, we always strive to bring newer, advanced and greener technologies in India. The New Ciaz, powered by K15 Smart Hybrid gasoline engine, is testament of the same. Ciaz is the first car in India to be powered by next-generation Smart Hybrid technology with Lithium-ion battery. Over the past four years, Ciaz has redefined the sedan segment with its class leading space, design and sophistication. With fresh changes, we are confident that the New Ciaz will present a complete package in line with aspirations of evolving customers.


The company claims that the manual gearbox variant of the petrol engine has a mileage of 21.56 Km/l while the automatic variant gives a mileage of 20.28 kmpl. While the unchanged 1.3-litre turbo-charged diesel engine makes 89 bhp and 200 Nm of peak torque and has a fuel efficiency of 28.09 kmpl.

The 2018 Ciaz gets a redesigned grille, new swept-back headlamp cluster with projector lamps and daytime running lamps(DRLs). It also gets a new set of LED tail lamps and overall looks muscular as compared to the outgoing version.

Launched in 2014, the Ciaz has sold over 2,20,000 units till date and continues to be one of the most popular mid-range sedans sold in India.

The facelift Ciaz will reinforce its rivalry with the likes of Hyundai Verna, Honda City and the new Toyota Yaris among others.