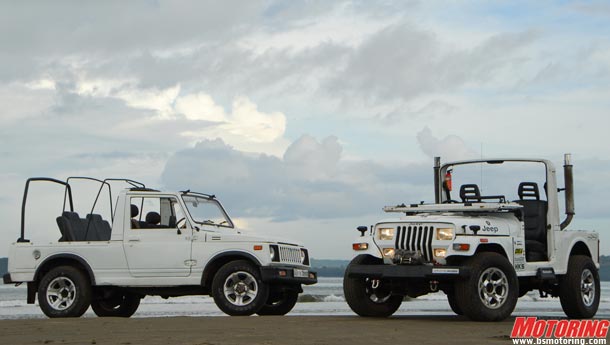 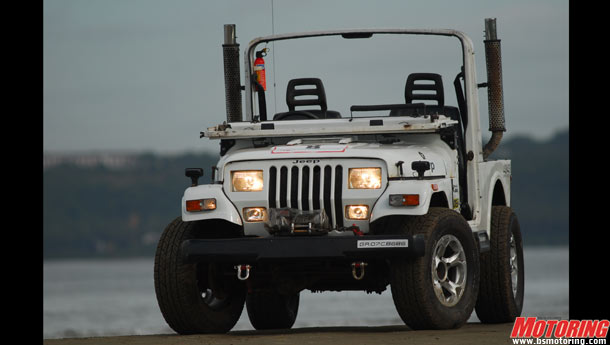 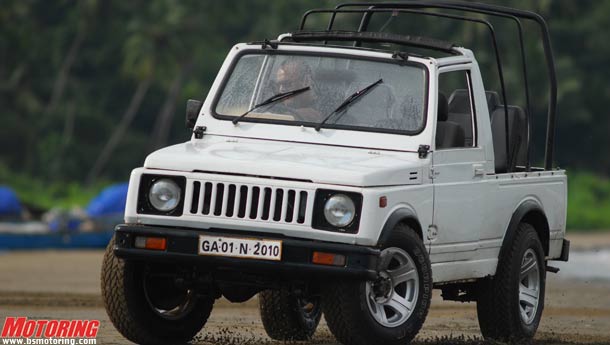 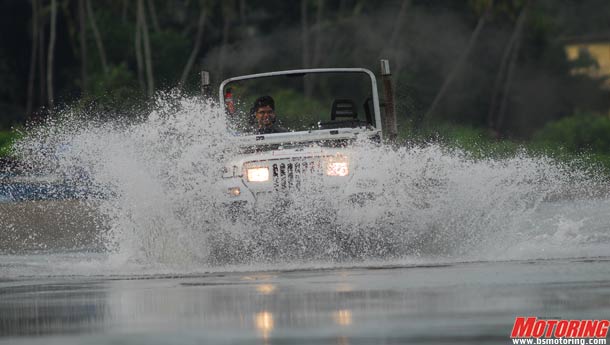 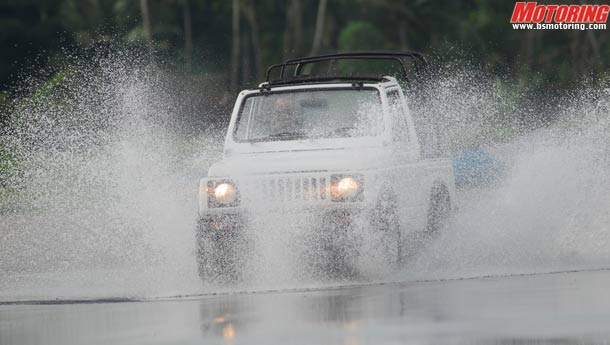 Motoring journalism is a fascinating world. On an average day at work, we drive new cars, fast cars and very fast cars. We also spend a lot of time eating, talking about motorcycles and looking at pretty girls from the Business Standard daily. Okay, I was not supposed to tell you that. Heck, so we generally have loads of fun and to balance that, we head to Goa to, well, have even more fun.

Goa is two-wheeler country. Period. But if you have to have a car, make sure your roof is missing. That is just how it should be. Sea breeze in the hair, suntanned Brits weaving past you on rented Activas and a general sense of holiday make the perfect setting for open top motoring.

The two cars you see here were always on our list of Goa machines. As luck would have it, our pal Delbert arranged for the cars to be driven on an absolutely empty Miramar beach and we went ahead and did the needful. No animals were harmed in the making of this story, but a little inconvenience may have been caused to the mongrels around, who took grave offence to the 540’s rorty exhaust note. Why only these two? Because they’re all over the place, that’s why! Sit by one of the numerous roadside pubs and you will see shirtless men of various nationalities rumble by in ‘jeeps’ yellow, green, orange and some unimaginable shades too. Drive one in, say, Mumbai and you’ll probably be thought of as a serious mid-life crisis candidate. In Goa, you’re the one living it up, and how.

My first fifteen minutes in the Gypsy were in the back seat. I did so by choice and I’m glad I did. Rohin, ever the Gypsy fan, was at the wheel and I was in the back plotting to take control of the world and buying over Lamborghini, among other things.

The Gypsy you see here is a stock, first generation, 0.97-litre cast iron engined example, beautifully maintained by Danny Fernandes. It’s all instantly familiar, the round headlamps, the vertical grille slats and a more or less square yet athletic stance in profile. The Gypsy did come in hard/soft top variants, but we like ours topless. It’s a one-size-fits-all affair on the inside, with the reclining seat accommodating our lavish beer bellies without much of a fuss. The only signs of age in the car were a slight play in the steering wheel and pedals, but that’s a given. It slots through gears like nobody’s business and there were no rattles and squeaks whatsoever. And it’s a fifteen-year-old car we’re talking about.

The other car you see here is an MM 540 DP. Yes, it looks like no other 540 you have ever seen. That perfectly bent ‘Jeep’ grille, rectangular headlamps, protruding wheels and a seemingly understated coat of white paint saw one very enthusiastic motoring scribe floored and buried up to here in sand. Me, in case you were wondering.

I admit I am a bit biased towards Mahindras, but this car is really something. Vertical exhausts on either side, a winch and that flip-down windscreen are stuff that goes into making bad boys, okay? Italians are supposed to be styling gods, but Agnelo Fernandes caught them napping this once. Agnelo is the proud owner of this smashing article, just so you know. Overstatement? Pray, look at those perfectly integrated fog lamps and those gorgeous Lambo-esque wheels! I want. I want. I want.

In a straight line, it’s the Gypsy that has the edge. Bijoy led the proceedings by introducing the first slides of the day with the Gypsy. We obviously followed suit. Its handling has ‘fun to drive, lots of powerslides’ written all over it. Nudge the steering fairly violently and you have your eyeballs coming out of your ears. It steps out every time you do so and puts you in an opposite-lock orgy of sorts. The Gypsy, being the lighter and narrower of the two, does feel like it’ll turn turtle but amazingly, it didn’t. The Gypsy is almost like an elevated kart, if there could ever be such a thing. At the end of our run, we had accomplished a few hundred dizzying eights on the shore and a re-arrangement of our intestinal topography.

If the 540 was a man, he’d have no friends. He’d chop down trees as part of a health routine, drink beer with rocks in it and would have a pack of Alsatians for family members. Numbers are irrelevant for a car this purposeful. It is among the most go-anywhere of cars that have been built in India and is indestructible while at it. Being heavier than the Gypsy, it doesn’t feel as mad to drive, but that just gives you more confidence to do stupid things. If not a Caterham Seven, this is the only other car I’d love to drive on a beach. I admit, Chitrangada Singh would be more fun to do mad things with on a beach. But when she’s out on a shoot, the 540 DP will do just fine, thank you.