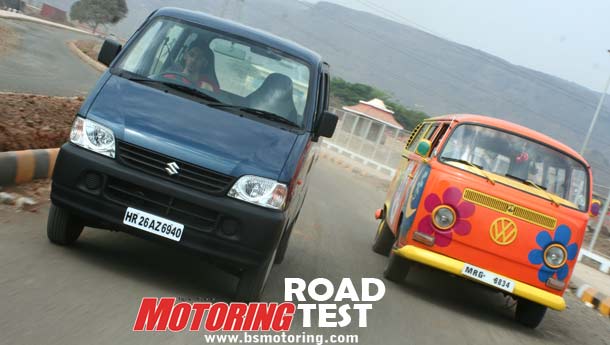 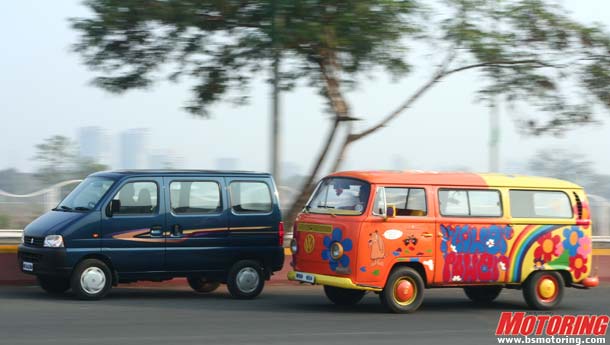 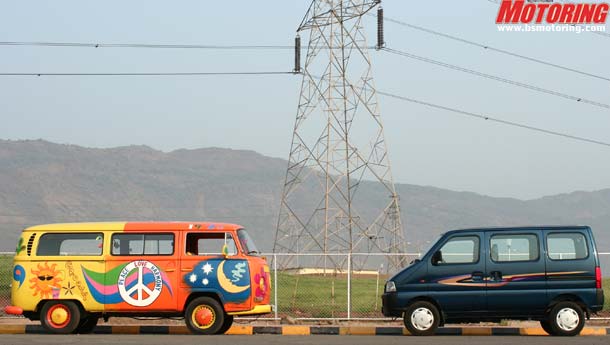 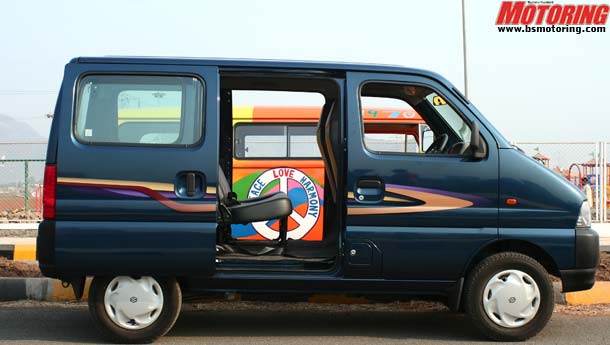 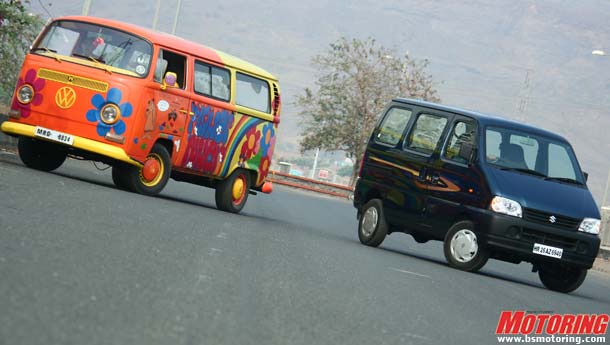 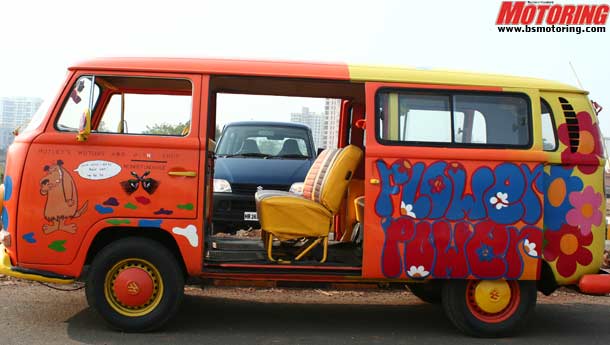 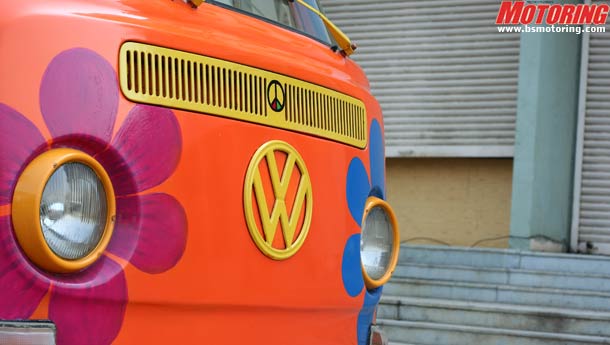 One look at the new Maruti Suzuki Eeco and you know that, even under any earth-shaking circumstances, it’s not going to be a cult car. Even if you paint it with cheerful, earth-saving hippie imagery, it still will be a humdrum breadbox. I mean, look at it – the words panel and van were never made for each other till the Eeco came along.

Actually, it wouldn’t be right to say that because the Eeco is nothing but a cleverly modified Versa. Yes, that very same Esteem-engined van that even Big B and his son could not move fast enough. But Maruti Suzuki is a clever manufacturer. What they have done is essentially lopped off the Versa’s high roof, modified its external appearance slightly, stripped the interiors to as much would be acceptable, and finally (and more importantly), adapted the Esteem engine to meet both the BSIV emission norms as well as gain from the 1.2-litre excise duty benefit. That’s right. The old G-series 1.3-litre motor has been downsized to 1200cc and to make it meet the emission legislation, changes include a new injection system, Nox sensors and altered compression ratios. And the icing on the Eeco cake is of course a terrific price tag for both the 5- and 7-seater versions that has got cab services, BPO logistics providers, large families, small businessmen and the rest of BSM excited. Yeah, it’s not just Lambos that turn us on. And why is that? Maybe it’s because the Eeco is powered by an IC engine and runs on four wheels. Isn’t that reason enough?   Anyway, since the Eeco seemed to have a bit of an inferiority complex because of various factors (second innings, boxy appearance, priced the same as cool small cars...), we decided it needed some pep talk. And what better than a wizened, old bus that has seen everything in its 30-year life? Old it might be, but it wears its youthfulness on its skin. Eeco, meet Volkswagen Transporter aka T2 and let the master impart some words of wisdom. Don’t worry, we’ll do the interpretation for you (the hippy VW speaks a very guttural German boxer’s tongue).

Your engine may be somewhere else, bro, but your heart is in the right place

The Volkswagen has obviously borrowed that line from its sibling, the Beetle, but it is equally applicable to the T2 as well as the Eeco. In the first VW bus, the position of the aircooled engine and the fuel tank at the rear was offset by the weight of the driver right up front, so the loading space was bang in the centre between the two axles. That same principle was carried on in the second generation of the Microbus as well. Other than that, having a weight bias at the rear also meant that the Veedub was planted on the road. With a more powerful 1.6-litre engine producing 47 bhp, the T2 was even more capable and offered a top speed of 109 kph.

Like the VW, the engine of the Eeco sits at an unusual place – below the driver’s seat. Yeah, that bonnet at the front helps in a degree of crash protection while also giving you easy access to fluid top-ups. Having the engine below your bum means you really want that one thing that’s seen in luxury cars but obviously absent here – cooled seats. Yes, you can tell the world that you have a hot ass! The engine is a transversely mounted four-cylinder 16-valve unit displacing 1196cc and puts out 73 bhp at 6000 rpm and 10.29 kgm at 3000 rpm. The engine is paired with a five-speed gearbox that sends power to the rear wheels.   When not carrying a full complement of passengers or luggage, the engine is up to the task of cheerfully pulling the Eeco along. It is a bit buzzy and noisy, but is quite effervescent in its own way. Nought to 60 kph comes up in 6.8 seconds while attaining 100 kph takes 16.2 seconds. We even managed to take it up to 138 kph before running out of nerve. Don’t smirk, that’s about as quick (or not) as those three small cars you see on the cover of this magazine! That’s the marvel of a four-cylinder Suzuki engine combined with the mere 928 kg kerb weight of the Eeco. The gearing too is devised to extract power from the engine, especially when the van is loaded. First and second are meant for moving away from standstill, while third and fourth are devised to keep the car in motion without having to shift much. The Eeco also benefits from the Diagonal Shift Assistance tech gearbox found in the Estilo – so gearshifts are more positive and sure-slotting. All in all, the powertrain of the Eeco may not be that refined, but it does its job well. So what if it’s stuffed into a place most people would never think of looking?   Go with the flow, dude

The T2 offers a driving experience that’s pretty unique. Coming around corners, you can actually feel the engine pushing the rear wheels. The relaxed engine performance, the placement of the steering wheel (like a horizontally placed dinner plate!) and the low windows mean that your elbow is always resting on the window sill as you are driving the Veedub completely chilled out. With the T2, Volkswagen improved its driving dynamics by giving it semi-trailing arms that offered better handling than the older one’s torsion beam setup. Still, resting your elbow on a window sill is more than a driving position – it’s a state of mind. No wonder you could eventually reach India or Nepal from Europe in those days.

In the Eeco, the positioning of the engine aft the front axle means the weight of the vehicle is tipped towards the front. If the van’s not loaded, the rear axle has a life of its own. It loves to aviate even on marginally rough road surfaces and has a tendency to go on its own path when you are taking a corner. The outcome is that rear passengers have a pretty rough ride. However, the three-link rigid setup at the rear is forgiving if you are carrying luggage or goods! Not having a power steering means U-turns or moving from standstill initially comes as an effort, but you get used to it quite easily. Besides an automobile like this actually benefits from not having power steering because while in motion, the steering feel is better and is more precise than any of those Maruti Suzuki EPS units. So driving the Eeco is equally a unique experience – it has its quirks and you’ll learn to live with it in no time. Just don’t treat it as a hatchback car – it’s a van. Accept this truth and be blissful.   It’s good karma to be spaced out

The Microbus is anything but micro. It’s huge and the clever utilisation of the space between the two axles means it is as good as a Mumbai-sized onebedroomhallkitchen flat. In the Eeco, the positioning of the engine means there is ample legroom for rear passengers and the luggage bay is cavernous. Even if it will be retrofitted with a CNG kit and the tank placed at the back, there is more than enough room for your entire brood and the kitchen sink. If it does not give you the comfort that a small car does, well, a hatchback can’t give you the kind of space that the Eeco does. That’s karma for you!

Being groovy is a state of mind, dig?

Okay, so the T2 has history and funky paintwork to go with its attitude. And the Eeco has nothing of that sort. It does not have a single external curve to speak of, other than the tyres. It is so straight-laced that people may think its boring. But it takes all sorts to make this world, and each automobile has a role to play. The Eeco is not a glamorous small car while a glamorous small car is no van either. Despite its panel van lines, the Eeco comes through as a lively performer and fun in its own way. How you want to be seen is the way you see yourself – it’s hip to be square, Eeco!