The highlight of the pavilion will be the Vitara Brezza compact SUV, 1.0-liter Boosterjet turbocharged petrol engine and Suzuki Ignis micro SUV! 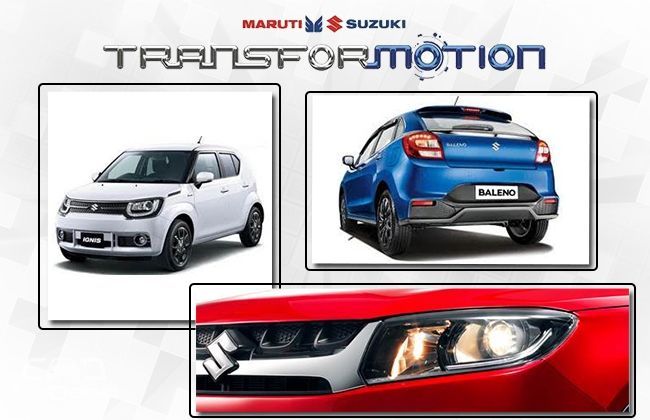 The company has said that it is transforming. This time, pavilion will be built around the theme  ‘Transformotion', which according to Maruti is Transformation through Motion. It is Maruti Suzuki 2.0 now! 2.0 because, the company is all set to release new technologies and products to stir various segments, along with existing products and Nexa Experience. The company will showcase two new SUVs/crossovers which are Vitara Brezza and Ignis along with Baleno RS featuring 1.0-liter Boosterjet engine.

This is Maruti Suzuki’s first compact SUV and will have its world premier on February 3rd, 2016, at Delhi Auto Expo. It is expected to be a sub-4m offering, squaring straight against Ford EcoSport and Mahindra TUV3OO. Maruti Suzuki did not reveal anything except that it will have 16-inch alloy wheels and Bi-Xenon projectors with LED daytime running lights. Expect similarities amongst features with the recently launched Baleno. Mechanically it will borrow engines from the current line-up - 1.2l VTVT petrol and 1.3-liter DDiS200 diesel. There is a possibility that Maruti may offer 1.0l Boosterjet in the Brezza considering Ford offers EcoSport with a 1.0l EcoBoost.

The next product in the micro SUV segment debuted by the Mahindra KUV100 will be the Maruti Suzuki Ignis. It made its world premiere at the 2015 Tokyo Motor Show. The automaker will showcase the Concept Ignis, which is indeed the production version of the im4 concept from the 2015 Geneva Motor Show. It is expected to be launched later this year and will be priced similarly to that of Mahindra KUV100. Mechanically, it is likely to share engines with Swift/ Baleno, in India. 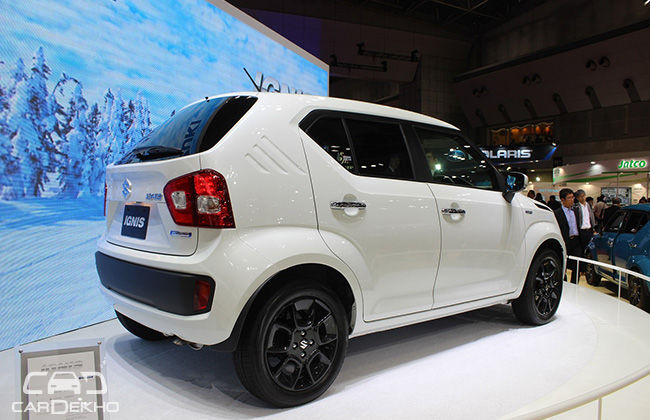 Maruti will also showcase a sportier version of Baleno, which will be christened as Baleno RS. It will be powered by Suzuki’s new 1.0-liter Boosterjet turbocharged petrol engine. It is expected to be launched sometime next and will compete with VW Polo GT TSi and Abarth Punto.