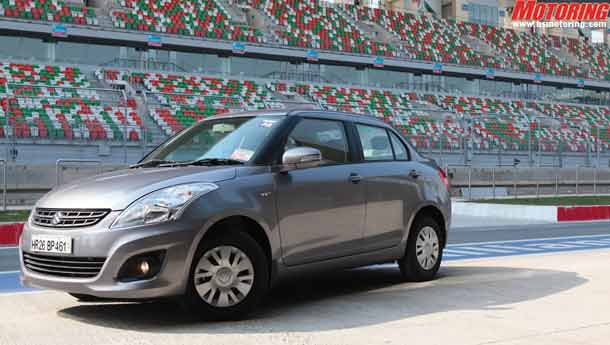 In order to clear pending orders of over 65,000 units of the new Dzire, Maruti Suzuki India today said it has started manufacturing the popular new compact sedan at the Gurgaon plant besides rolling it out from the troubled Manesar facility.

Still recovering from the impact of workers' violence in July at the Manesar plant, the company also said it is looking at a 10% increase in overall production this fiscal.

Earlier, the company was rolling out the old version of the sedan from the Gurgaon plant, while the Manesar plant was producing the new Dzire.

"Now the Gurgaon plant has also started manufacturing the new Dzire after the lockout at the Manesar plant was lifted," MSI Chief Operating Officer (Supply Chain) S Maitra told PTI on the sidelines of the annual convention of Society of Indian Automobile Manufacturers (SIAM).

"We are doing this because we have a big backlog and a long waiting list. We want to clear it," he added.

At present, the company has over 65,000 pending orders for the new Dzire and the waiting period is about 4-5 months.

The new Dzire is one of the best selling models of the company.

MSI has been unable to meet demand after production was affected by the month-long lockout at the Manesar plant, following violence on July 18 in which a company official was killed and 100 others injured.

MSI Chief Operating Office (Production) M M Singh said that at present the Manesar plant and the Gurgaon plants were producing 250 units each of the car per day.

When asked about the overall production target of the company this year, Singh said, "Last year we had a total production of one million units and this year we are looking at 10% more."

Yesterday, Maitra had said MSI expects to have full employee strength at the Manesar plant by the end of September with the completion of fresh recruitments.

The company had around 3,300 workers at the Manesar plant before the July 18 violence.

After a month-long lockout, which was lifted on August 21, the company had fired 500 permanent workers and said it would not take back those contract workers who have been found to be involved in the violence.

Sources had said the company may not take back nearly 500 contract workers.