Maruti set to hold on to number one position 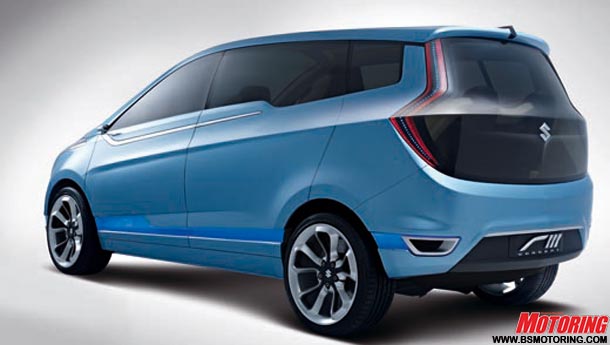 Maruti Suzuki, the country’s largest automaker, has drawn up an aggressive strategy to retain its 45-50 per cent share of India’s rapidly burgeoning car market that is expected to hit 5 million units by 2015, from the current 2 million. The blueprint includes upgrades or possible new models in the compact segment and a multi-utility vehicle (MUV).

The Japanese giant will also consider increasing its capacity, which could mean a new plant or expansion of existing units, after its ongoing expansion to 500,000 vehicles is completed in phases.


The possible compact launches are part of Maruti Suzuki’s effort to protect its dominance of a segment that is increasingly under attack from leading global players like Toyota, Ford, General Motors and Honda. With the R3 MUV — a six-seat concept vehicle showcased at the Auto Expo last year — the company wants to make its presence felt in a growing segment where it is virtually non-existent.

In an exclusive interview with Business Standard, Maruti Suzuki Managing Director Shinzo Nakanishi said: “The A2 (compact) segment constitutes 60 per cent of all cars sold in the domestic market. We do not see this ratio changing in the next five years, but many new players are coming in. We have to strengthen our position in this segment, where we already have seven models.” He said Maruti Suzuki would like at least two new models in this segment by 2015.

Nakanishi said the SUV-MUV market constitutes 12 per cent of overall sales, but that Maruti Suzuki has a negligible share with the Gypsy. “This is another area we would like to focus on. We had shown the R3 as a concept car and we are conducting market research to see whether we can introduce it as an MUV. The other important thing is to have diesel engine-powered SUVs,” he said.

However, Nakanishi admitted that to retain its 45-50 per cent share of the domestic market, Maruti Suzuki’s existing capacity would prove inadequate.

“Our enhanced capacity would suffice until 2013-14. But if the market maintains the high-growth momentum we have seen so far, we will have to consider adding further capacity,” he said.

Maruti Suzuki expects its 2010-11 production figure to cross 1.25 million units with capacity that has been enhanced through reengineering. It will add capacity for another 500,000 units, half of it by October this year instead of the original plan of early 2012. Nakanishi hopes that with these measures, Maruti Suzuki will be able to manufacture around 1.85 million cars by 2013. He said a decision on further capacity enhancement would have to be taken if Maruti Suzuki wants to retain its marketshare.

Nakanishi said he also sees an increasingly key role for the research & development centre in India, which has about 1,000 engineers. “We expect the R&D centre to utilise car platforms developed in Japan to develop full-body capability for the Indian market. Engines developed in Japan could be calibrated to Indian requirements at the facility here,” Nakanishi added.

He also said that nothing has yet been finalised with Volkswagen, which has picked up a 20 per cent stake in Japanese parent company Suzuki, in terms of a common programme. “We are talking, but it is difficult. It already has the Polo, which is its small car, in India and in Europe. So, we are competitors in both markets. We do not know what shape the discussions will finally take,” said Nakanishi.