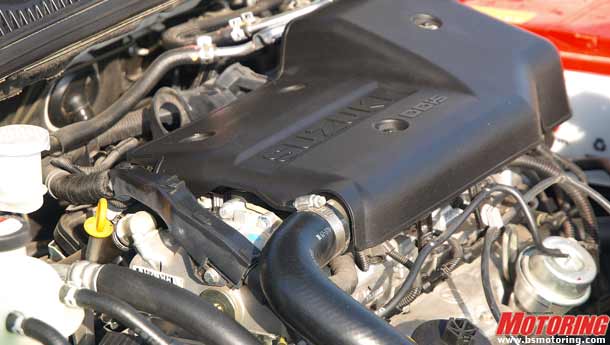 To meet the increased demand for diesel vehicles in the domestic market, the country’s largest car maker, Maruti Suzuki India Ltd (MSIL), is looking at limiting vehicle assembly operations at its unit in Gurgaon to make space for expanding engine manufacturing facilities. However, this will not happen in the next three years.

“Gurgaon has become congested. We want to limit assembly operations at the plant and use the facility for manufacturing engines and components. The idea is to produce 500,000 cars there from the current installed capacity of 720,000 units. But this will not happen till the time we have alternate manufacturing facilities,” said R C Bhargava, chairman.

Specifications of MSIL’s proposed factory in Gujarat are expected to be finalised by June. Meantime, MSIL is also working to make its third plant at the Manesar (Haryana, close to Delhi) unit operational by the second half of 2013. The facility would, at the time, surpass the installed production capacity at Gurgaon, at 800,000 units yearly.

Over the next two to three years, the company would continue to roll out 700,000-750,000 units from Gurgaon. Clarified Bhargava, “It would take us at least three years to start producing vehicles at Mehsana (Gujarat) from the time we decide to start construction work at the site. But going ahead, all three facilities would be used by the company to manufacture vehicles to meet market demand.”

Through the installation of de-bottlenecking measures, the Gurgaon unit at its peak rolled out 900,000 units for the car maker in 2010-11. Senior executives said the company was in no way looking at reducing its dependence on the unit. M M Singh, managing executive officer (production), said, “We will produce new models both at Gurgaon and at Manesar. In fact, the Ertiga is scheduled for production at the Gurgaon facility.” The company currently manufactures 1.3 million petrol engines from the Gurgaon unit.

Singh added, “This is the first time we are looking at producing diesel engines ourselves at Gurgaon, due to the increased demand for diesel vehicles in the market. Once the new engine plant comes fully on-stream, we will have capacity to roll out 300,000 units annually.”

With 700,000 diesel engines at its disposal, the company is looking at trebling diesel vehicle production over the next three years, to retain its share in the domestic market. At present, MSIL has a 56 per cent share in the petrol car market in India, while its presence in the diesel vehicle market is limited at around 17 per cent.

“We have a backlog of 150,000 diesel vehicles currently. If we clear our pending bookings, our share in the diesel vehicle market will rise to around 40 per cent. With the new engines coming in, diesel sales should rise to around 40 per cent of our overall volumes,” said Mayank Pareek, managing executive officer (sales & marketing). Maruti Suzuki is expecting to close the current financial year with sales of 245,000 diesel cars.

Industry estimates suggest in the current financial year itself, the sale of diesel vehicles have grown 35 per cent, to account for a 47 per cent share of sales in the overall passenger vehicle market. Petrol car sales during the period declined by 15 per cent, making an increasing number of auto makers look for ways to cater to the demand for diesel vehicles.