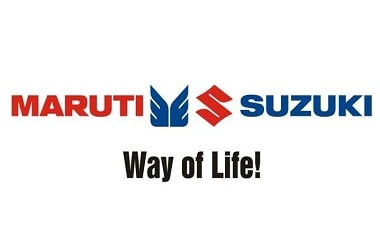 Having conquered almost half the Indian car market, Japanese automobile major Suzuki plans to harness the strengths of Maruti Suzuki to grow its two-wheeler business in the world’s largest market. The key initiatives include appointment of several Maruti Suzuki dealers as sellers of Suzuki two-wheelers and increasing the base of common component suppliers between the two companies.

There is also a thrust on expanding the base of common component suppliers. “Same set of vendors (who supply to Maruti Suzuki) can be used for many components to bring costs down,” Uchida added.

Suzuki entered the Indian two-wheeler business directly, about a decade ago after an earlier tie-up with TVS came to an end. However, it remains a marginal player. In the year ended March 31, 2016, it sold 313,300 two-wheelers, 8 per cent less than the previous year and had a market share of 1.9 per cent. The overall industry’s domestic sales grew 3 per cent to 16.45 million units. Suzuki competes with strong local players like Hero, TVS Motor, Bajaj Auto and another Japanese company Honda in the Indian market. Maruti Suzuki, another Indian subsidiary of Suzuki, holds a 47 per cent share in the Indian passenger vehicle market.

R C Bhargava, chairman at Maruti Suzuki said, “Both the companies are promoted by Suzuki. We have a much longer experience of the Indian market. We can help them (two-wheeler business) to the extent it does not impact the interests of our company and its shareholders. They can get advantage of our bargaining strength for raw materials.”

Uchida said some executives are also on deputation from Maruti Suzuki in key roles like plant production and purchase. In recent years, Suzuki Motorcycle’s corporate office has also shifted to the same building in Delhi’s Vasant Kunj where Maruti Suzuki is headquartered. “They (Suzuki Motor Corporation and its management) recognise the success of Maruti Suzuki. They hope we will also reach a large scale in future. We wish to make a strong foundation in India,” said Uchida who took charge of the Indian two-wheeler business early this year.

Suzuki has invested about Rs 3,000 crore in the Indian two-wheeler business since inception and has a capacity to produce 0.7 million units a year. It was only in the last financial year that it managed to report a small profit. Uchida said the company aims to sell half a million two-wheelers in 2017 and reach one million sales by 2019. It will have to expand capacity in next couple of years to reach the one million mark.