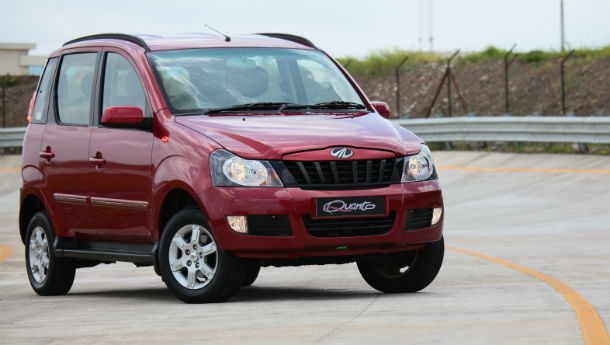 Automobile sales in India continued to be low in September, with seven of the country’s leading manufacturers together selling 192,424 units, a growth of a mere 0.6 per cent.

After a lock-out in July and August, MSIL recorded full production in September. The company’s sales rose 12.7 per cent to 88,801 units. M&M rode the demand boom for value-for-money utility vehicles; its sales increased 22 per cent to 23,808 units.

MSIL’s performance was boosted by the demand for multi-utility vehicle Ertiga, which recorded sales of 7,224 units in September. The company’s passenger car segment saw modest growth of 3.4 per cent at 68,957 units.

For Hyundai, sales dropped a steep 14 per cent to 30,851 units. At 18 per cent, the fall in volumes was sharper for Tata Motors, which sold 21,652 units. This is the second month this financial year that sales of M&M exceeded those of Tata Motors, with M&M grabbing the third slot in the list of top passenger vehicle makers in the country. While Tata Motors sold 21,652 units in September, M&M reported sales of 23,808 vehicles.

P Balendran, vice-president (corporate affairs), General Motors India, said, “The sales are not on expected lines, as the overall market continues to remain sluggish due to the increase in fuel prices, the negative market sentiment, as well as various other factors. However, we expect the market to show some improvement closer to the festive season.”

Though automobile companies record incremental sales of about 20 per cent during the festive season, General Motors expects additional volumes of only 5-10 per cent.

Recently, the Reserve Bank of India had cut the cash reserve ratio, or CRR (the portion of deposits banks have to maintain with the central bank as cash), by 0.25 per cent to 4.5 per cent. M&M and Ford India are hopeful owing to the cut, buoyancy would return to the domestic market. “After the cut in CRR, banks have started cutting lending rates and are also looking at reducing vehicle loan rates. We are hopeful of a good performance in the coming festive season,” said Pravin Shah, chief executive (automotive division), M&M.