Maruti makes it to the Guinness Book 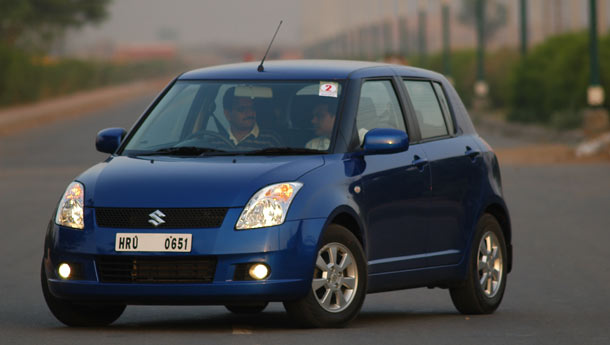 The car major Maruti Suzuki today said it has set a world record by organising the largest car parade of its popular hatchback Swift in Gurgaon and has entered the Guinness Book of Records.

The feat comes along Maruti's way just days after Swift's sales crossed 4.5 lakh units since its launch in 2005.

"Maruti Suzuki has set a new Guinness Book of World Records by bringing together 342 Swift cars at a car parade in Gurgaon," the company said in a statement.

Similar car parades were held simultaneously in Mumbai and Sriperumbudur but did not achieve any world record.

"Today's world record is a testimony to the ever-growing popularity of the Swift. The new record is a victory for all the 4.5 lakh Swift owners," Maruti Suzuki Executive Officer (Sales and Marketing) Mayank Pareek said.

Globally, one of the largest parade of a single brand is a gathering of 1,450 units of Minis in London in 2009, to celebrate the 50th anniversary of the BMW-owned small car.

Other carmakers like Ford and Volkswagen had earlier tried and achieved various records, but with different brands of cars from their stable. Ford's car rally this February saw a total of 586 units assembling in South Africa.

Another big parade of cars was recorded this April when 460 owners of Volkswagen cars, mainly Gol, gathered at Sao Paulo in Brazil and created the largest car mosaic displaying the Gol logo.

Maruti Suzuki manufactures over 12,000 Swifts o month from both Gurgaon and Manesar facilities yet is finding it difficult to meet demand. While the current waiting period for the petrol variant is 2-3 months, for a diesel Swift one has to wait four months.

The company offers the petrol variant with a 1.2 litre K-series engine, while the diesel car comes with a 1.3 litre DDiS engine.