Maruti employs multiple endorsers to give each channel a unique identity 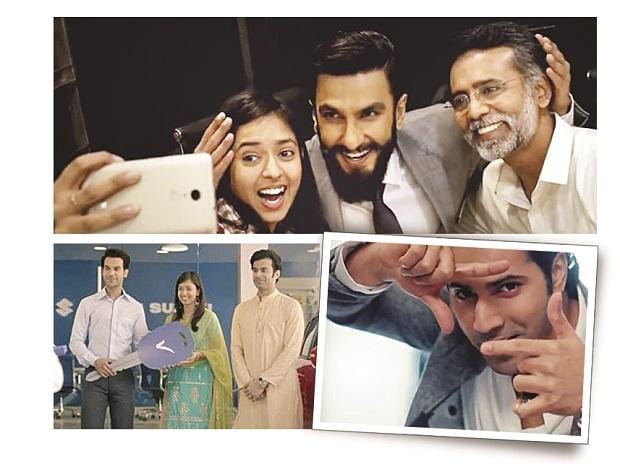 It’s not very often that an auto company accords higher priority to its sales channels over the products in its stable. But that is precisely what market leader Maruti Suzuki India has done. For the three dealership brands that it uses to sell its cars, Nexa for premium, Arena for mass and True Value for used cars, Maruti is banking on the celeb power of not one but three—Ranveer Singh, Varun Dhawan and Rajkummar Rao. Why has the company eschewed popular logic in the auto industry where endorsers pitch brands, not their points of sale?

RS Kalsi, executive director, sales and marketing at Maruti Suzuki India says that given the strong pull that the brand has in India, it has followed a different tack. The cars from the Maruti stable are well entrenched in their respective segments and don’t need a celebrity to enhance brand pull. However, when a company offers as many cars, across premium, budget and mass categories as Maruti does in India, it becomes important to differentiate the portfolio according to the category of consumers it serves. “The strategy of engaging celebrities for channels is unique and is paying off handsomely.  It has evolved as an important pillar in company’s ‘customer-centric approach’,” Kalsi explained.


Maruti launched the Nexa in 2016 and year-to-date it has sold close to 23,500,000 cars from over 2,000 dealerships under the channel. It has also been upgrading its showrooms under the Arena brand and has spruced up its used car brand  True Value, said Kalsi.


Buyers that flock these channels are from very different groups, in terms of income, user-expectations and needs. It was critical to offer them a differentiated experience, says Kalsi. Nexa is high on style and premium that is why Singh whose image speaks to a certain urbane audience was the choice. Arena is about a friendly and inclusive environment, which the company believes is best embodied in Dhawan. And Rao was a natural fit for the used car business where the company wants to project a transparent and trustworthy image.


The differences are so stark that each channel merits a different approach.  The buyer of a premium model is sophisticated, well read and well travelled and knows exactly what she wants. The buyer of mass models, often a first timer, sometimes walks into the showroom with his immediate family. His reliance on the sales executive is higher. Similarly, a used car buyer is a value seeker and gives weightage to trust and transparency.


Apart from allowing the company to break free of the traditional modes of branding, using different endorsers for the channels was also meant to overcome what many see as a problem that Maruti has with its premium models. That of being a mass brand.


The company, given its history of being a mass car meant to serve the low income consumer, is associated with budget models, say experts. While the jury is still out, the majority of the brand and market research experts believe that the differentiation is  paying rich dividends and the recent market share and volume gains have a strong correlation to the channel strategy.


“The proof of the pudding lies in the fact that they could finally market higher end cars,” said Rohit Kumar, head of automotive practice at Kantar TNS, a market research firm.


Being one of the older companies in the market, it was inevitable that Maruti re-invent itself, points out Harish Bijoor, founder of Bijoor Consults. Over a period of time it has realised that channel segmentation would make sense, says Bijoor. “It’s a good piece of strategy,” as not everyone who walks in to the showrooms has the same requirement.


But not everyone is convinced. Despite Nexa, Maruti’s struggle to break into the premium segment continues, wrote analysts from Antique Broking in a recent report. Although the units sold from Nexa channel exhibited a growth of around 120 per cent each year, the underlying growth, excluding Ciaz (added in FY18) and incremental volume from Ignis (small car), largely mirrors the pace of showroom expansion, they said.  The Nexa volume growth has been in principle driven by Baleno, which is Maruti’s bestselling car with a perfect pricing sweet spot and upmarket feel. On the other hand, volumes of SCross, targeting high-end audiences and Ignis for the youth, have failed to take off. “This underlines Nexa’s ineffectiveness in creating a different image for the company,” they wrote.


By turning its channels into separate entities and giving each an identity of its own, Maruti is also tackling an issue that auto majors often struggle with when it comes to their distribution networks. If it is easier to sell cheaper models, distributors will simply do that. “Segmentation is kind of an umbilical cut,” says Bijoor and it has paid off, he said.


While there are most who endorse the moves, some see a chance to improve the segregation model. “Maruti Suzuki’s channel strategy makes perfect brand and business sense—brand for Maruti Suzuki and business for the partners,” says Avik Chattopadhyay, founder of brand consulting firm Expereal. He however, added the Arena and Nexa are not clearly differentiated. One needs to be Maruti with its own portfolio while the other is Suzuki. In that sense, the True Value and commercial brands (for pick-up trucks) are clearly positioned.