Maruti drives in all-new WagonR at a starting price of Rs 4.19 lakh 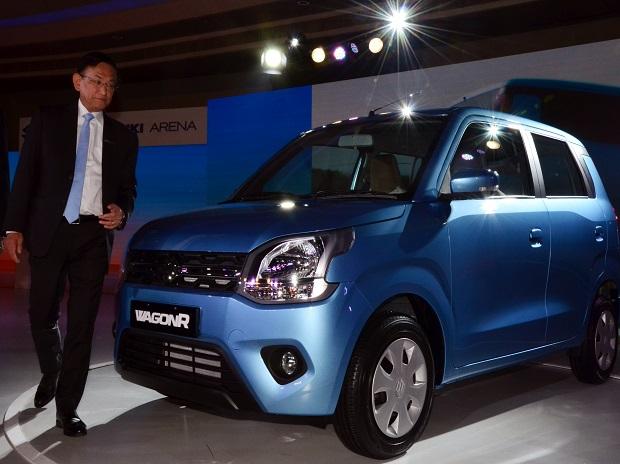 The country's largest car maker Maruti Suzuki India (MSI) Wednesday launched an all-new version of its hatchback WagonR, priced between Rs 4.19 lakh and Rs 5.69 lakh (ex-showroom), as it looks to further strengthen its position in the compact hatchback segment.

The new WagonR, which comes with a 1.2-litre petrol engine option along with another choice of 1-litre powertrain mated to manual as well as automatic gear shift transmission, will compete with the likes of Hyundai Santro and Tata Tiago.


Commenting on the new model, MSI Managing Director and Chief Executive Officer Kenichi Ayukawa said the company expects the all-new WagonR to become a preferred choice just not for families but also for young buyers.


"We are confident that the new WagonR with its all new robust design, dynamically crafted and spacious interiors, SmartPlay Studio, strong HEARTECT Platform and Auto Gear Shift (AGS) technology will become the choice of many more Indian families," he said.


MSI and its partners have invested around Rs 670 crore to develop the model.


The new WagonR, which is based on Suzuki's fifth generation HEARTECT platform, is wider and longer than its outgoing version. It has led to improved interior space as well as boot capacity which has almost doubled up to 341 litres from the earlier avatar.

The company said the use of high-tensile steel has improved the overall safety, rigidity and NVH (noise, vibration, and harshness) performance in the new offering.


The company has already received 12,000 bookings for the model.


MSI has sold around 22 lakh units of the model in the country till date since its introduction in 1999. The model continues to feature among the top-five best-selling cars in India for nearly two decades.