Maruti dispatches over 5,500 units of Vitara Brezza in March

Maruti Suzuki dispatched 5,563 units of its new compact SUV Vitara Brezza in March, according to reports. The company, which commenced bookings for the SUV on March 8, began the deliveries only on March 25. 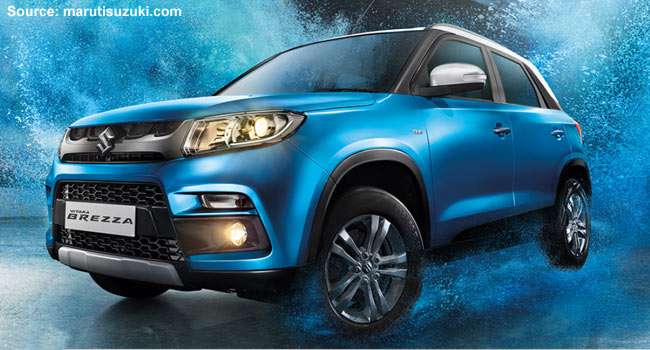 Priced at Rs. 6.99 lakh, Vitara Brezza is a competition to the likes of Renault Duster and Ford EcoSport.

Maruti Suzuki had initially planned production of 80,000 units per year, but later increased it to 100,000 units owing to the strong reception the model got at the Auto Expo 2016, it is reported.

Powered by a 1.3 litre diesel engine, Brezza's claimed fuel efficiency of 24.3 kms makes it the most fuel efficient SUV in the country.

Maruti plans to launch two new models, Ignis and Baleno RS, in the festival period of 2016 as it looks to carry forward the momentum from FY16 with a double-digit growth in FY17.

The company, which posted its highest-ever total sales at 14.29 lakh units in FY16 at a growth rate of 10.6 per cent, had launched three models - S Cross, Baleno and Vitara Brezza in FY16.