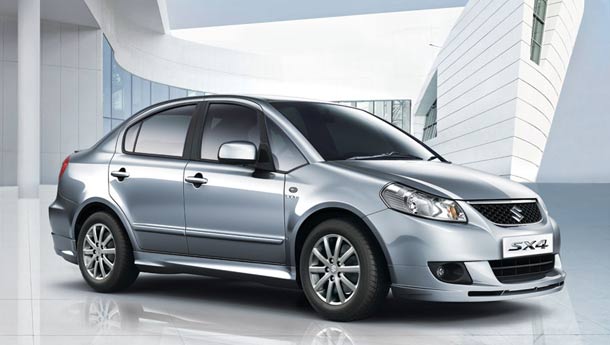 Maruti Suzuki India (MSI) today said it has crossed 10 lakh units mark in sales this fiscal, the first time ever it has crossed the figure in a single year in its over 26 years of existence.

The feat comes close on the heels of the company producing the same number of cars in a single year last week.

"Yesterday we touched 1 million units in sales during this financial year. It is a great achievement, not only for Maruti, but for the entire Indian auto industry," Maruti Suzuki India Executive Officer (Marketing and Sales) Mayank Pareek told PTI.

This is a global achievement that the company realised with the help of over 750 sales and service centres across the country, he added.

The company had last week joined the league of carmakers producing 1 million or more units a year.

Toyota, General Motors, Volkswagen, Ford, Honda, Renault, Hyundai, Suzuki and Nissan are among those who produce a million units or more every year.

In its first year of commercial operations (December- March 1983), Maruti had produced 840 cars and in the following full fiscal year, production had touched a little over 22,000.

The company since inception has sold a total of over 85 lakh cars of about 15 models with over 100 variants. Last year, Maruti's sales overtook Suzuki's performance in Japan. It is credited with revolutionising personal transport in India.

Over the past 26 years, MSI has contributed about Rs 55,000 crore to the national exchequer. The company has committed itself to over Rs 12,000 crore of investment since 2007 that includes setting up a facility at Manesar, increasing capacity of the Gurgaon plant, a new R&D centre in Rohtak and expanding its capacity further by 2.5 lakh units in Manesar.

In this period, the company has also seen internal changes. From being a joint venture -- Maruti Udyog -- between the government and Japan's Suzuki Motor Corp, with the latter holding a minority stake of 26 per cent, it is now controlled by the Japanese firm. With it, its name has also been changed to Maruti Suzuki India.

Currently, it enjoys a formidable over 54 per cent share of the domestic passenger car market with presence in over 450 towns and cities.