Our sources have confirmed that Maruti Suzuki will launch the Ciaz sedan in August last or in the first week of September! Ciaz is Maruti's comeback in the mid-size sedan segment in which the aging SX4 is struggling to survive, selling in few hundreds where the segment leader City manages to churn 7000 plus units monthly. The Ciaz concept was showcased at the 2014 Indian Auto Expo, the flamboyance of the concept attracted the prospective buyers of the segment. Lets see what will be the final outcome and the difference in the production model but looking at the concept expect the production model to be on similar lines! 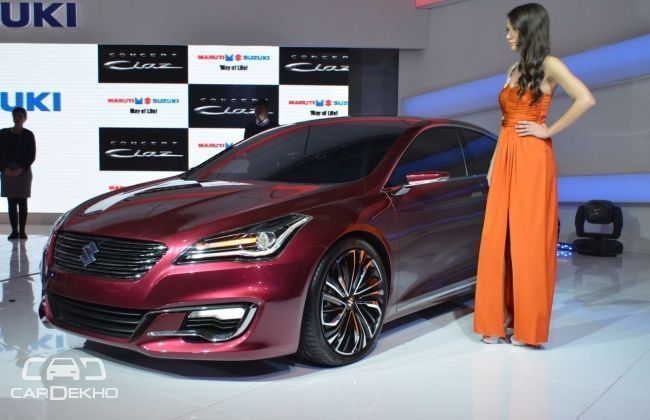 What to expect from the 2014 Maruti Suzuki Ciaz Maruti Ciaz will look similar to the Alivio concept – near-production-iteration of Ciaz concept showcased at the 2014 Auto China after the Indian auto expo. The final outcome will be similar to the Ciaz concept but the fancy details will be diluted along with size. The size has to be obviously trimmed as the concept was way too bigger compared to the mid-size sedan segment. The vehicle will feature projector headlamps, a second in the segment after the Hyundai Verna.

The Alivio concept featured heavy chrome inserts, expect the production version Ciaz to adorn them. The vehicle reportedly will feature multi-spoke alloy wheels, while the rim size would be 15-inch but one can expect 16 inch too. Now here comes the mystery, The engine department is still cloudy. The near possible motors include the 1.4 liter K14 VVT powering the Ertiga and the 1.3 liter MJD VGT. The 1373cc petrol incorporates variable-vale-timing(VGT) gathers 93.7bhp (95PS) @ 6000rpm and 130Nm of max torque at 4000rpm.

The 1248cc Fiat sourced turbo diesel incorporates variable-geometry-turbo (VGT) and inter-cooler produces 88.8bhp (90PS) @ 4000rpm and 200Nm of max torque @ 1750rpm. The diesel figures are similar to the Honda City. On the feature list the touchscreen and the rear AC vents are reportedly standard across all the variants. On the safety front, like most of its rivals Ciaz may feature ABS with EBD along with the driver side airbags standard across all variants. 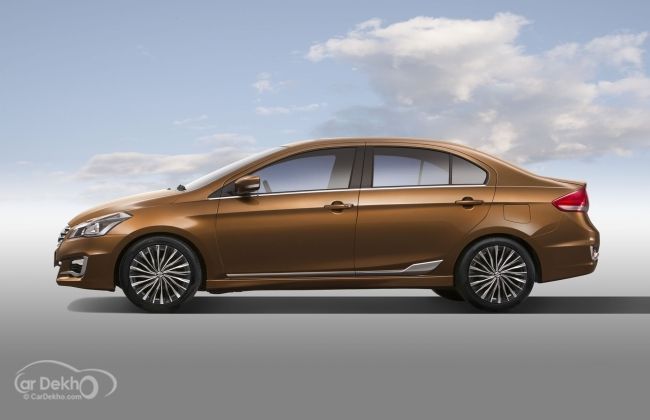