Maruti bets on Ciaz to mark strong presence in C-segment

Maruti Suzuki India expressed their preparedness for the future with two of its major unveiling- Maruti Ciaz and SX4 S-Cross; both vehicles positioned in two different segments. Talking particularly about Ciaz, which is actually a replacement model for the company's outgoing premium sedan, Maruti SX4. Other than being the segment ruler in the hatchback category, this certainly seems to be the company's intention to gain foothold in new segments. Maruti's plans to foray in new and distinct segments will help the brand create its more enhanced identity in the Indian car market. With both new products lined up in the pipeline, it definitely strengthen the company's portfolio. As far as Ciaz's arrival is concerned, the vehicle is expected to be launched by end 2014 or by early 2015. The concept version of Ciaz that was unveiled at Auto Expo'14 looks closer to its production version. In terms of styling, we expect the production model to replicate the same edgier design and the prominent creases found on the concept model. It will also feature the newly introduced automated manual transmission (AMT) technology. 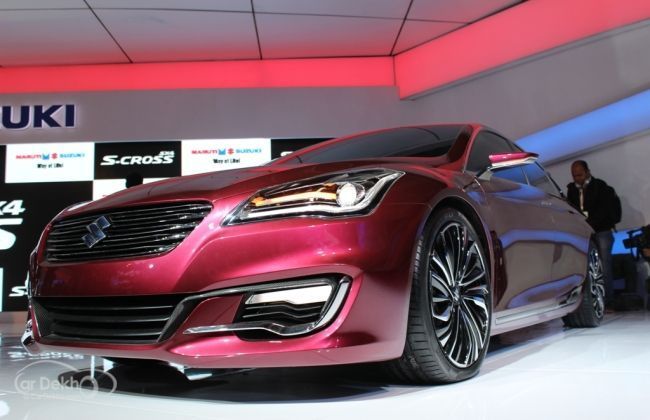 The premium sedan, Ciaz, is a clear representation of company's efforts put behind the styling aspect, and making it a more futuristic looking car. There's no denial with the company's strong hold in the small car segment, but somehow it couldn't come up with the same show in the C-segment. Maruti SX4 could not return the equal response, thus, the replacement for this particular was certainly required. In terms of competition, Ciaz will be positioned against the likes of Hyundai Verna, Volkswagen Vento and Honda City; all doing amazing business for the respective companies. 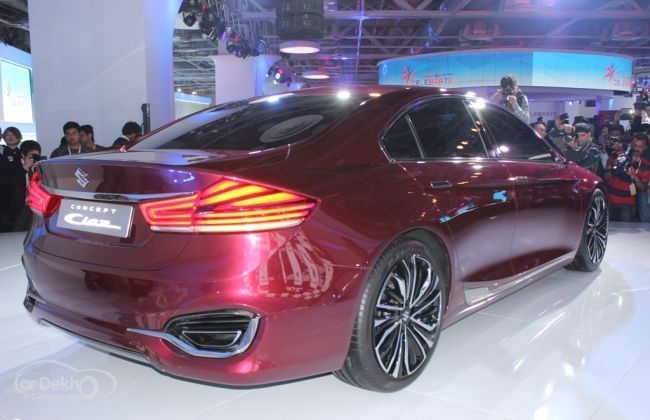 There are various positive aspects associated with the Ciaz model, which would favor the company to churn great business with its launch in India. Firstly, the sporty appeal combined with elegance, certainly makes the sedan stand out of the rest cars already existing in C-segment car. The dynamic silhoutte with edgier lines flowing through the body, clearly projects a true authentic sedan style. In comparison to the SX4 model, the wheelbase is longer, thus creating more space inside the car. The elegance and premium appeal of the sedan accentuates with the low height, while the sharp character lines too adds to the beauty of the car. Talk about the front end or rear, the sedan is a complete package in terms of looks that could woo in a single glance. With the uniquely designed exhaust pipe and stretched out taillamps- split in two sections, one on the tail gate and rest running to the side profile, all-together brilliantly defines the rear end of the car. The enhanced grille with the company's badging at the centre of it, and again the stretched headlamps defines the front end of Ciaz. 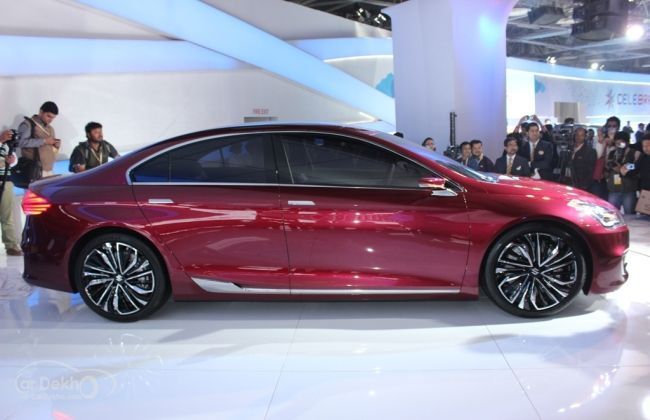 Rest assured, Maruti's branding and undeniably the amount of trust Indians show for this particular brand will surely work in favor for the company.