We were delighted with the introduction of Maruti’s latest premium hatchback, the Maruti Suzuki Baleno but we were also amongst the first to raise concerns about the underpowered engine that Baleno incorporated. As it turns out, India’s largest automaker has not ignored our concerns and in order to stand its ground against the escalating premium hatchback competition, there is a possibility that Maruti Baleno will receive a power plant upgrade. According to a Autocar India report, Maruti Suzuki might introduce the diesel mill from its premium sedan, Ciaz and newly facelifted MPV, Ertiga in the Baleno hatchback. The power-plant in question is the 90 PS DDiS 200 engine and speculations suggest that the upgrade will be introduced later in the car’s production run. 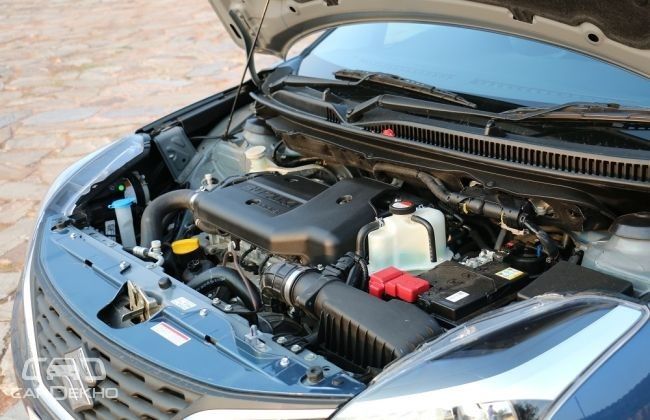 The current powerplant comes coupled to a 5-speed manual transmission and the upgraded powerplant will continue to feature the same. There have not been any confirmations pertaining to the possibility of Maruti’s SHVS mild hybrid technology making its way into the premium hatchback.

The current petrol model of Maruti Baleno features a 1.2-litre K-Series engine that produces 84.5PS of power and 115Nm of peak torque. The transmission options available for the petrol variant include a 5-speed manual and a CVT. The car rivals against premium hatchbacks like Volkswagen Polo, Honda Jazz and Hyundai Elite i20 and has so far, managed to book over 40,000 bookings.