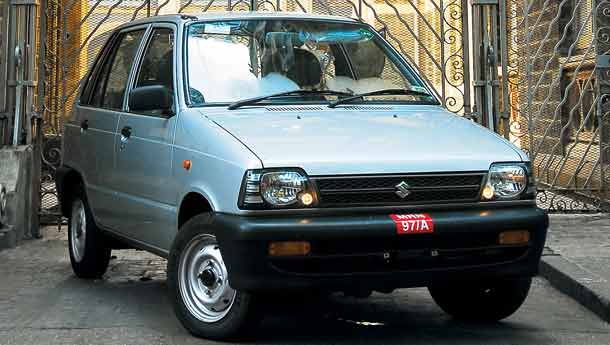 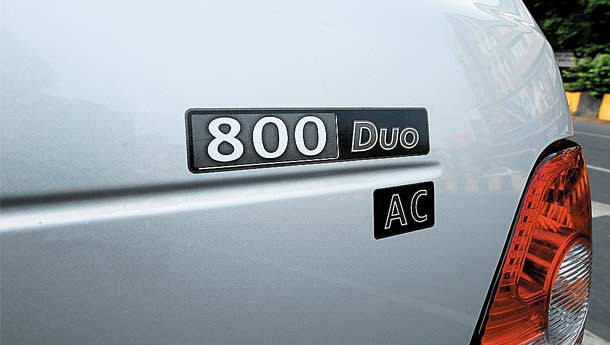 There are quirks. And then there’s the Maruti 800. If you’ve driven one (admit it, you lived with one!), you will find second gear acting like the only gear there ever existed on that car. How? Well, come to a complete halt at a junction and you can go ahead in second gear with a hint of engine clatter if you abruptly release the clutch. Then if your airconditioning works just fine, the windshield will fog up the insides (admit it Maruti, it’s because of the thin glass that cuts costs!) and the wipe-down cloth emerges straight out of the door pocket. And if the AC isn’t working (admit it, you forgot to ‘charge’ the gas), rear seat passengers will keep popping their heads just above your shoulder to get that blast of air. And if it’s at a traffic signal and the compressor cuts off, well, your passengers will ensure that it wasn’t the last time you’d heard of ‘the big mistake you made by buying an 800!’ theory.

But then the Maruti 800 has always been so. Especially in this day and age where the average man’s small car is the Alto or, unbelievably quickly, the Hyundai i10. So where does a Rs 2.45 lakh hatchback with an engine that was born just after John Lennon kicked the bucket figure? Well, if you thought sliding sales and a 25-year old concept can’t be saved, Maruti gleefully plans to prove you wrong. Enter the Maruti 800 Duo LPG – the one quick fix if you (in this case Maruti) don’t have an ultra-small capacity diesel engine. And a better fix for doing some lane hopping, banzai mode.

A drive in the Maruti 800 in the inner alleys of south Mumbai’s famous Fort area can revive memories. Especially one that tells you that there isn’t any power steering to help you cut across the parked handcart, nor are there super-effective disc brakes all round. So if you have to avoid the vegetable vendor at the last minute, you must use a combination of signing a five-year plan, yanking the handbrake and going down a gear in tandem. A world hustles and bustles around you, and everything moves very close. Yet, the 800 squeezes in between a parked rickshaw on one side and a flower vendor on the other with microns to spare. No other car in production so far (the Nano isn’t out yet), I would imagine, could do it without breaking into a sweat. And no one on the outside doubts it either, because the M800 has been around for so long, more Yugoslavians would do a double take when a Yugo passes by than an Indian for a Maruti 800. Its ubiquitousness has time and again been raked up at countless beer and nuts discussions across homes in middle-class India, and yet, there is a sizeable proportion of them who not only want their car to be cheap to buy, but equally cheap to run.   Maruti Suzuki had tried this experiment out with the Wagon-R Duo with good success, and have replicated the same with the 800. The car features an LPG kit from Landi Renzo, that is fitted on the assembly line just like the Wagon-R. The cylinder is located in the boot, but unlike the Wagon-R system, renders the boot unusable, unless the only luggage you are carrying is a toothbrush. The other minor differences include the black gas filler cap next to the petrol one, badging on the boot and once behind the wheel, the mode switch on the instrument binnacle. It’s a smart system that utilises two ECUs – one for the gas mode and the other petrol. The gas ECU utilises the petrol ECU’s sensors and throttle position to deliver just the accurate amount of gas to the cylinders. And, if you decide to accelerate hard (er, redlining and stuff), the petrol ECU will intervene to deliver rich octane to the cylinders to avoid damaging them.

The fact that the process occurs without the driver realising is the key. In city speeds, the slight loss of power (from 37 bhp to 35 bhp) is barely noticeable and right up to the 80 kph mark, one barely feels the difference. The 800, as of today, isn’t a good highway car, and the Duo even more so, largely due to the fact that cars today maintain much higher average speeds. So if you are planning highway stints, stick to the slower lanes, because as speeds start to climb into three digits the LPG’s sluggishness starts to show up. The four-speed gearbox is fairly precise, but revving to the redline won’t make you a Mario Andretti overnight, so shift up early and you will do just fine.

If you are going to enjoy the drive, just take in the beautifully linked steering that is precise and quite responsive – no power steering to dilute the experience. The small dimensions and the decent power-to-weight ratio make it such a joy to throw around that you start to realise what it must have felt to drive for an entire generation whose only other choices was a car that had a link to a 1950s Morris and the other, an early 1960s Fiat. In the spartan yet slightly cramped interiors – where you can’t adjust the steering and seat for height, nor are there ABS brakes to save you if things go wrong, nor do you feel secure in the tinniness of the shell that surrounds you – it conveys one of the strongest messages. That of being one with the road, with the air and smells and sounds around you. It’s like a motorcycle on four-wheels, one that won’t pamper you but will spellbind you with its complete incorruptibility. And what’s more, it probably costs just as much as a motorcycle to run and manoeuvre around narrow lanes. With a saving of nearly a buck every kilometre, it means you can recover the extra amount over a standard M800 AC in just 15,000 kilometres. And that’s no small feat, considering the LPG variant is based on what is already a very efficient and clean platform.

If you have some spare money, go ahead and buy one of these – it will surprise you with its clean credentials, while acting like a nimble, gambolling puppy. And if those rear seat passengers complain about the airconditioning, just show them the way to the bus stop.