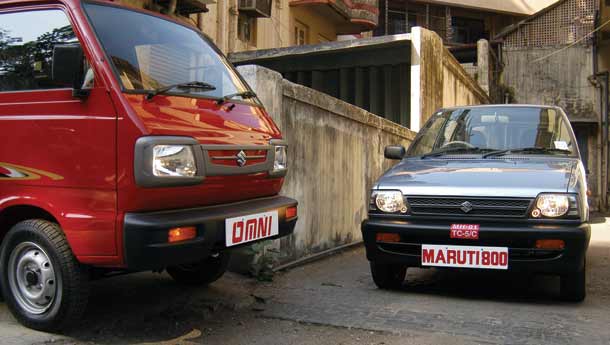 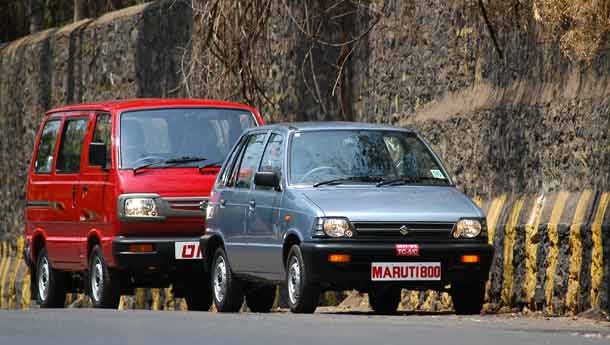 Over the last twenty years, the USSR has ceased to exist, whole countries have patched up and split apart, the word cyber doesn’t seem that scary anymore and Navratilova has finally quit playing tennis (well, almost)... but the trusty old Maruti 800 is still around. Maruti says that they still make the 800 because people still buy it. By that logic, you should still be able to buy a Model T from a Ford dealer. But in all seriousness, the only people who are complaining, seem to be us motoring journalists.


The 800 may be old and as boring as pre-flight safety instruction, but try telling that to the hordes who buy the car every year. More than a lakh of people bought the 800 last year, and a lakh of people bought the car the year before that, and the year before and... well, you get the picture. And two decades later, there is still no significant competition for the 800. Even though everyone touted the Alto as its successor, we have both of them standing side-by-side in showrooms happily.

Let’s not forget that the 800 is the car that put India on wheels and also opened the doors to hassle-free motoring for us. So while you can blame Maruti for not being proactive with their best-seller, bear in mind that it is their biggest cash cow and messing around with a good thing is not necessarily a good thing. A bit of a Catch 22 here, and only a Toyota could risk replacing a model which was still doing great numbers.
Anyway, back to the ‘new’ 800. The changes that have been done to the car are courtesy Maruti’s own design engineers, and I can tell you there is a Range Rover enthusiast among them, because that’s where the design cue for the headlamps have come from. A new Suzuki badge and taillamps complete the changes outside, that’s it.

With the Bharat III norms coming into play in April, most manufacturers have needed to upgrade their hardware. So the 800 gets a 32-bit Engine Control Module. Something that you wouldn’t notice even if you spend a lifetime with the car. What you will notice however is how quintessentially basic and friendly the 800 is to drive. The 796cc, 12-valve, 37 bhp motor is all the engine you would want for the downtown run and there is hardly anything that’s as manoeuvrable as an 800 – though with radials, the steering effort is noticeably higher than normal. Either that, or power -assisted rack-and-pinions have had the better of me.

The AC is a bit of a power sapper, and while you will be able to make your way up a steep hill with four people on board, cruising is not a word I would use to describe the progress. It’s only on the highway that you really wish there was a bit more car, but in the city you would hardly even realise it. It’s even good fun to go around corners. On the fuel efficiency front, the 800 is probably India’s most fuel efficient car even today (if you don’t count the Reva) and one can safely expect 13-15 kilometres to the litre. Consistently.   Maruti has also added a headlamp levelling device, (something that will soon be mandatory on all cars), and other changes include dual-tone upholstery that matches the body colour and a new instrument cluster. The humble, old... sorry, all-new 800 is still unbeatable on one count though, ie, the price. Because, at around Rs 2.35 lakh, convenient  motoring doesn’t get better than this. And while it may still be two decades old, it isn’t the only car that still sells well because there is the Omni. Now the Omni’s also been around for a while and is versatile enough to drop kids to school or deliver DHL stuff to offices. While it may look as slabsided and soulless as a washing machine, 65,000 of them did get sold last year. So Maruti has gone ahead and made changes to it as well. It gets new headlamps and some plastic upfront that is a sad excuse for a grille. Outside rear view mirrors, new dials, a centre console, a new steering wheel and a lockable glovebox are also new. Oh, and don't forget the cup holder. Hmm... maybe the Omni is finally ready for the American market.

Driving the Omni is a bit of an experience. It has the ergos of a truck and it feels a bit funny to see your front wheels turn under you. The Omni gets the 6-valve, 35 bhp version of the same 796cc engine from the 800 that gives it sprightly performance. But out on the highway, it’s a bit susceptible to crosswinds. It’s not that great around corners either, though at close to full capacity, it isn’t as edgy – but there is a perceptible amount of body roll as it carries through the curves. So much for a mid-engined rear-wheel drive layout! The brakes though, have become better and the booster-equipped master cylinder is a welcome addition, while radials come as standard fitment. Bravo, Maruti.

As with the 800, the Omni too has no competition (it’s priced at just Rs 2.5 lakh) and it is a perfectly decent mode of transport. And if you have been eyeing that Innova while astride your Kinetic Honda, the Omni does make a lot of sense. Though at the end of the day, the changes seem unwarranted, something tells me that Maruti would have sold just the same even without them.Both these cars are as reliable as your best friend, and as easy to maintain as a mobile phone while being equally convenient to use.

Attributes that have made them immensely successful. They may not be cars that shout your arrival, but when pimples have given way to wrinkles, I’m sure they will still be around. Just one request, MUL. The next time you change headlamps and slap a few stickers on, please don't call them all-new. It only makes us journos mock perfectly decent products.