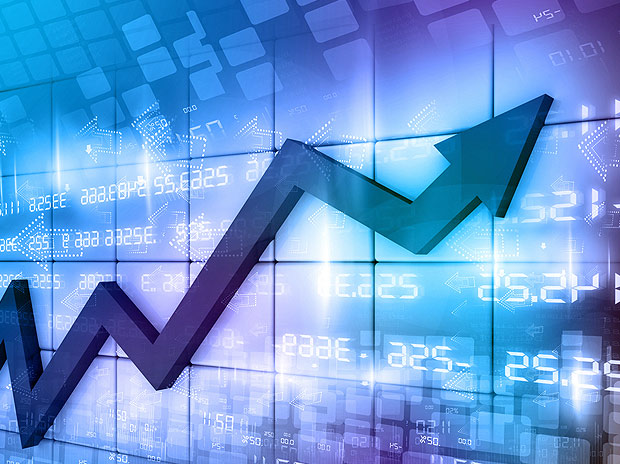 Benchmark indices opened marginally higher on mixed global cues after Wall Street ended higher on US President Donald Trump's first full budget plan which calls for an increase in military and infrastructure spending but also cuts in areas including healthcare and food assistance.

The broader market were in line with the benchmark indices with S&P BSE Midcap and the S&P BSE Smallcap indices up 0.2% each.

Tata Motors, Wipro, Tata Steel and HUL were the top gainers of BSE Sensex while Bharti Airtel, Lupin, Dr Reddy's and ITC fell the most on the index.

Tata Motors gained over 4% on better than expected results. The auto major on Tuesday reported a 16.79% dip in the March quarter net at Rs 4,336.43 crore on a slowdown in domestic business.

The downgrade by one notch to an A1 rating from Aa3 comes as the Chinese government grapples with the challenges of slowing economic growth and rising financial risks stemming from soaring debt. While the downgrade is likely to modestly increase the cost of borrowing for the Chinese government and its state-owned enterprises, it remains comfortably within the investment grade rating range.

"The downgrade reflects Moody's expectation that China's financial strength will erode somewhat over the coming years, with economy-wide debt continuing to rise as potential growth slows," Moody's said in a statement.

MSCI's broadest index of Asia-Pacific shares outside Japan was down 0.2% despite modest gains on Wall Street overnight while Japan's Nikkei stock index was down 0.4%. Hang Seng and Shanghai were trading down by 0.11% and 0.55%, respectively.

In the overnight trade, US stocks ended higher after the release of President Donald Trump's budget plan but gains were tempered on economic data. New data showed new single-family home sales in April tumbled from near a nine-and-a-half-year high, while manufacturing activity for May fell to the lowest level since September.