Margin pressure ahead for Hero MotoCorp 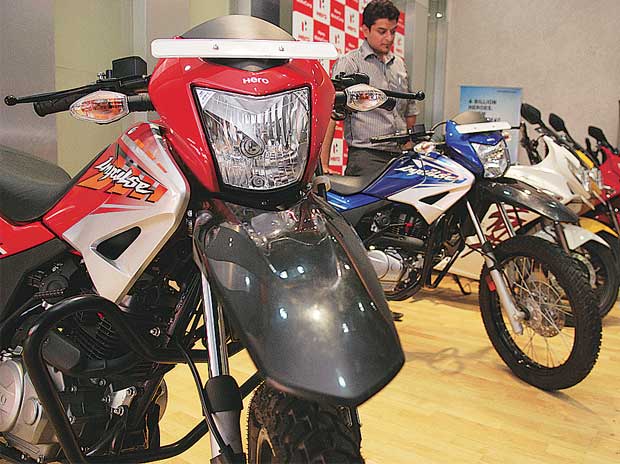 Hero MotoCorp posted better-than-expected December quarter (Q3) performance, but the going may not be easy in the coming quarters. One, the Q3 show topping estimates is partly due to already low expectations on note ban. Two, even as demand is seen recovering, there could be higher operating profit margin pressures going ahead.


Given muted sales, profits were expected to fall. Operating or underlying profit fell 4.51 per cent to Rs 1,079 crore, but beat estimate of Rs 961 crore. Operating or underlying profit margin at 17 per cent was 130 basis points higher than a year ago, thanks to lower raw material prices and cost controls. Lower costs and a 45 per cent jump in other income helped Hero limit net profit fall over the previous quarter to 2.52 per cent. Net profit at Rs 772 crore was higher than estimate of Rs 711 crore.


But, going ahead, costs are expected to increase due to BS-IV emission norms kicking in from April 1. Hero has pegged the rise at Rs 400-500 per vehicle. The second pressure point is sharp increase in commodity costs. Typically, these reflect with a lag of a quarter, so Q3 skips the heat. Hero said part of it will reflect in March quarter and the full impact will be visible in June quarter. That operating profit margin in Q3 was 55 basis points lower than September quarter's, is an indication of cost pressure. Given the muted sales, Hero has also been circumspect about hiking prices in one go and is going in for smaller raises. Hikes in January ranged from Rs 500 to Rs 1,200. The Leap programme could offset some of the cost pressures. 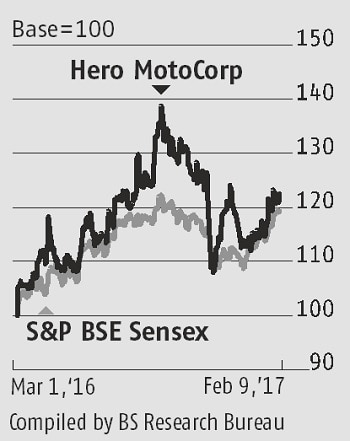 So, the key trigger would be demand, which has been impacted severely. Two-wheeler sales (including scooters) for the industry were down 15 per cent year over year in November and December, and motorcycle sales were down nine per cent in January.

Management indicated that customers are coming back and expects FY18 demand to grow in high single digit, with contribution from both motorcycles and scooters. If indeed demand picks up well and Hero is able to pass on higher costs to customers, the stock could gain.