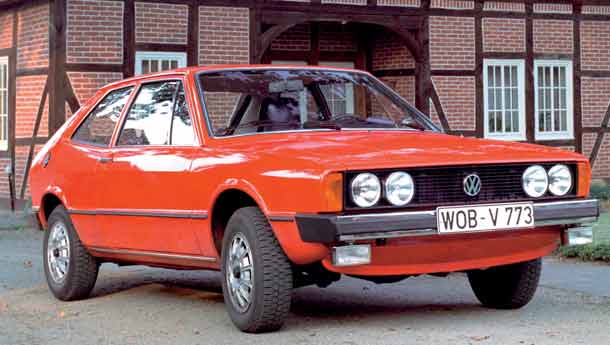 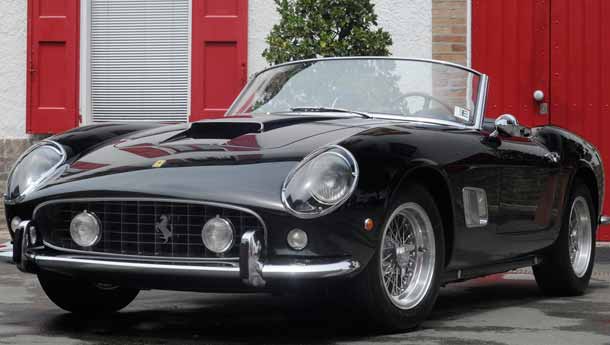 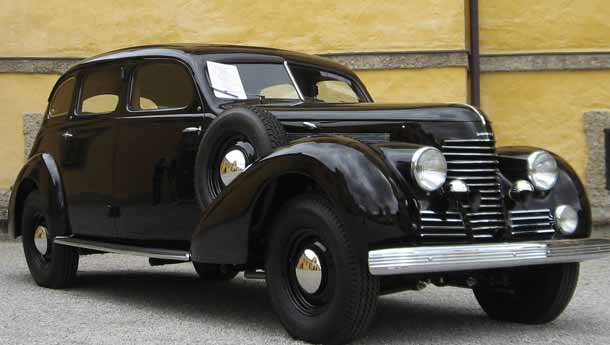 Quick. What connects the Mercedes-Benz 300SL gull-wing, Ferrari California Spyder, Volkswagen Scirocco, Skoda Superb, Dodge Challenger and Lancia Fulvia? Unrelated, right? That’s what you think. These cars have returned or are in the process of making a comeback. So before you start getting ecstatic about the 21st century machines, give a thought to these originals that made it all happen

Take wing
Mercedes-Benz 300SL
The first car to be called the 300SL was a racing machine. In 1952, it came second at the Mille Miglia, took top honours at the Berne Grand prix and at Nurburgring and finished 1-2 not just at Le Mans but at the Carrera Panamericana as well. Using the 300 saloon’s straight-six and a spaceframe aluminium body that necessitated gull-wings, the racer was a strong statement that Mercedes-Benz was back with a bang after WWII. Just two years later followed the road-going version of the race car... and it was substantially more powerful! Between 1955 and 1963, Mercedes-Benz made 1,400 of these fabulous supercars. The world had not seen something so gorgeous, where form and function worked in tandem. For instance, the 240 bhp straight-six was slanted to be accommodated under that low hood, but that also meant those distinctive bumps on the hood. The vents looked the part, but they actually helped cool the engine. Fuel injection, of course, made a debut in this car. And there are a whole lot of reasons why this car is legendary. No wonder it is one of the greatest cars of all time.

It’s all in the name
Skoda Superb
The Superb name was first used on the Skoda 640, which was introduced in 1934. Though it was not made to be a big seller anyway, the Superb was a showpiece for Skoda, as it is now. The 2.5-litre six-cylinder engine developed 55 bhp and the car featured peerless craftsmanship, an advanced chassis using a strong central tube, hydraulic brakes and independent suspension. This was a time when the Skoda Popular was of course popular with the masses. But having a strong flagship model was important for the Czechoslovakian firm to showcase their engineering prowess. Over time, the Superb kept getting a host of improvements, including a new 85 bhp 3.1-litre engine with overhead valves. The one which you see here is one of the last production Superbs with the new engine, and 275 units of this Superb were produced between 1938 and 1949. Yes, production went on during the war, as the Superb was pressed into duty as military staff cars, like this example here. The brand wouldn’t make a comeback for over fifty years; in 2001, the Passat-based Superb was launched.

State of sunshine
Ferrari 250 GT SWB California Spyder
Is it the most gorgeous Ferrari ever? Well, we certainly think so and so do a host of wealthy people. One of just 56 cars built, a SWB California Spyder once owned by James Coburn beat the 250 GTO’s decades-old record as the most expensive car sold at an auction. With a car that looks this good, plus a race-derived V12 and nimble handling, what do you expect? The California Spyder boasted design by Pininfarina and was built by Scaglietti, but the engine was of course a Prancing Horse classic, the 2953cc V12 that developed 280 bhp. The jaw-dropping styling meant a car that could cruise boulevards during the week, while the thoroughbred of a motor meant that you could take it out to the racing circuit on the weekends. The short wheelbase of the California Spyder made the car nimble to handle. If there is something called a perfect classic, is this the one?   Mind-blowing
Volkswagen Scirocco
Fancy name, that too for a Volkswagen. But it did blow people away. The name Scirocco of course comes from the hot wind from the Sahara that blows towards the Mediterranean (VW tried that with the Bora, but it was not that evocative, and not was the car). Essentially, VW started its modern platform sharing strategy in 1974 with the Scirocco by using the then-new Golf’s underpinnings and initially, a 85 bhp four-cylinder motor. All that was wrapped in Giorgetto Giugiaro’s unmistakable sporty lines and a smart, driver-oriented coupé was born. The Scirocco was the everyday sports car. It could do the milk run as well as chomp miles off the autobahn. And it was built to last and was reliable too. Volkswagen offered the Scirocco with a host of engine options, ranging from a 1100cc 50 bhp to a 110 bhp version in the GTI and a vast choice in equipment levels too. So there was a Scirocco for everyone. No wonder that VW sold over half a million Sciroccos between 1974 and 1981, till the second generation came along.

Mind via heart
Lancia Fulvia Coupe
At the 1965 Geneva Motor Show, Lancia launched the Fulvia Coupe 1.2. Elegant yet sporty, the Fulvia took Europe by storm. The four-cylinder 80 bhp engine of course followed the classic Lancia narrow-angle V format. The Fulvia boasted a front subframe, while the front suspension was a double wishbone. Stopping power came from four discs with a dual hydraulic circuit and brake servo. The net effect was that it was brilliant to chuck around and made many an owner feel like he was piloting a rally Lancia. All that was missing were a few stickers! Over the years, Lancia offered the Fulvia with several engine options, the last being a 1584cc V4 with 115 bhp. As expected, the HF tag came to be attached to the Fulvia as well, when Sandro Munari won the Monte Carlo Rally in 1972 with the Fulvia Coupe rally 1.6 HF. But by 1973, Lancia was out of official racing, and by 1976 production of the Fulvia coupé came to a halt after 140,000 units were built.

Giddyap, pony!
Dodge Challenger
Did the Challenger make Vanishing Point the cult classic it was or was it the other way round? Never mind, the Challenger is enshrined in American automotive history as an unforgettable muscle car, despite it being the last one to sign up. Because Chrysler knew what the competition was like, the Challenger came with a vast bunch of powertrain options when it was launched in 1970 – from the 145 hp 225ci (3667cc) ‘Slant Six’ to the majestic 425 hp 426 Hemi V8 (6943cc), also known as the Elephant Motor. Then there were gearbox options, including the Hurst ‘pistol-grip’ shifter. Not enough? The Challenger could be either a two-door hardtop or convertible, and you could even have it Special Edition, R/T (Road/Track) or T/A (Trans-Am) trim. Then there was the choice of warpaint, including the Hemi Orange with bumblebee stripes. In the first year itself, Dodge sold over 83,000 Challengers, and by the time production ceased in 1974, about 165,000 were made.