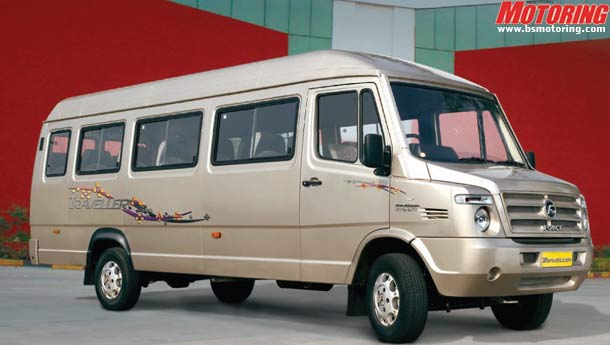 The Firodia family-led company would give full control of the JV to the German truck making firm through the proposed share sale, which will raise Rs 1,050 crore (euo 150 million) for Force Motors.

Abhay Firodia, chairman, said, "I would not like to comment on the actual stake size sold by Force Motors, but I can tell you, we have ceded full control of the company to MAN AG of Germany. We still retain a small stake in the company."

Force Motors will sell and transfer 55,797,100 equity shares of MFTPL, a non-public limited company, to MAN, subject to receipt of necessary approvals. Force and MAN will continue to cooperate with each other, and with MFTPL, based on the new contractual arrangement being agreed, a Force Motors release said.

According to the company's annual report, as on March 31, the company held 55,797,101 shares in MFTPL. After the share sale, the company would hold just one share.

Force Motors has been gradually reducing its stake in the joint venture since its formation in 2006. It held 70 per cent equity, while the balance was held by MAN, when the company was formed. The sales, marketing and distribution network will remain the same. Decisions on future product launches will solely rest with the German company as the JV becomes its subsidiary.

Firodia declined to outline the reasons behind Force Motors' near-exit from the JV company, less than three years after MAN raised its stake to 50 per cent in 2008.

Force Motors sold 14.20 per cent equity of MAN-Force Trucks to MAN for Rs 300 crore then. MAN acquired additional equity in the JV to touch the 50 per cent mark. Additional capital of Rs 250 crore was being raised through a rights issue.

Although Firodia declined to state where he intends to route the funds, market watchers say the passenger vehicle division headed by his son, Prasan Firodia, which has seen recent spurt in activity, may benefit from the stake sale.

Force Motors had launched its maiden sport utility vehicle, Force One, in August this year after investing Rs 150 crore into the project. The SUV, which competes with Tata Safari and Mahindra XUV 500, carries a price tag of Rs 10.65 lakh.

Further models include a multi-utility vehicle for which it has got into a licensing agreement with Daimler AG, Germany, and a new SUV, which would complement the existing Force One.

Force Motors had signed a letter of intent with the MAN Nutzfahrzeuge Group in late 2005 to set up a JV company for manufacturing heavy trucks.

In 2006 on MAN's request, with a view to achieve substantial export this project of Force Motors was converted into a joint venture with 30 per cent equity with MAN. The company MFTPL was engaged in manufacture of heavy commercial vehicles.

Force Motors' Pithampur plant in Madhya Pradesh makes the MAN Force trucks, which, besides serving the Indian market are also sold to export markets such as Sri Lanka and Indonesia and certain African nations.

MAN, a premium segment player, has been looking at localising its products to suit the Indian market, especially at price points that are in line with Indian market expectations.