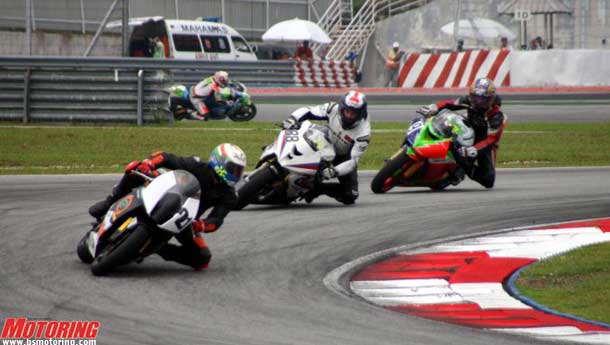 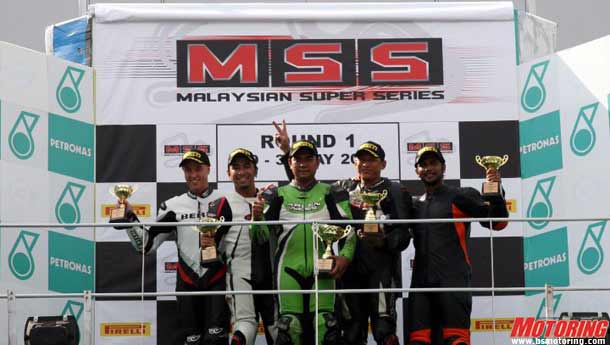 Despite having not fully recovered from injuries sustained in the first round of the Asian GP held early last month, Chennai’s ace international bike rider Dilip Rogger came out with flying colours in the first round of the Malaysian Super Series held last weekend at the 5.5 km Sepang International Circuit.  On Friday, a day prior to the qualifying races, Dilip had to undergo a fitness test which he passed despite having some discomfort. However the team management of Malaysian Planet Cycle, Penang, Malaysia, headed by Mr. Kenny Lee had enough confidence in the Indian youngster’s skill and passion for driving. And Dilip did not let them down.

In the qualifying races Dilip racing on a KTM RC 8 R 1198 cc (V twin) vehicle finished in ninth place in his class – Super Stock A.  In Race 1 Dilip did well to move up in the 8 lap race to finish in fifth place.  And in Race 2 Dilip went up a step further to complete his second podium of the day by annexing a fourth place finish.


Dilip who had earlier tested and raced RC 8 R in Malaysia in November 2009 said “I would like to thank Mr. Kenny Lee and all the team Members for the trust imposed in me - despite being my not being fully fit - for giving me this opportunity race  at Sepang.  I would also like to thank Mr. Selvaraj Narayana, KTM Austria who won the AMA and super cross lifetime achievement award in 2008.