Malaysian Proton to roll in small car in India 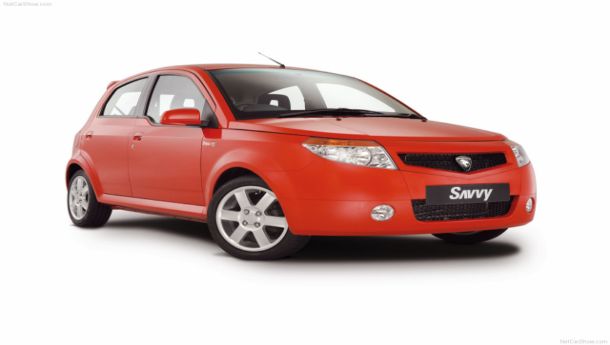 Malaysian car maker Proton is finalising plans for the Indian market. Its first vehicle to debut on Indian roads will be a small car based on the EMAS concept it showcased at the recent Geneva auto show.

The Indian car, designed by Italdesign Giugiaro of Italy, would be a four-seater, five-door hatchback with a 3,550-mm length. While the EMAS concept car shown at the Geneva show was a hybrid, Proton will use the platform to develop an entirely new small car for markets like India and China.

“We presented the EMAS at the Geneva Motor Show as a global concept car, which will be adopted for the new Proton model in the small car segment, with focus on India, China, Asean and the Middle East, as four key markets in the company’s long-term business plans,” Syed Zainal Abidin Syed Mohamed Tahir, group managing director, told Business Standard in an emailed interview.

He said these markets had been selected by Proton for their sizeable automobile industry and potential growth. While the company was still assessing business strategy for India, it had already had discussions with some original equipment manufacturers and contract-assembly service providers.

“We are mindful that time is of the essence. We want to enter the Indian market as soon as possible,” he said. Adding that on a practical level, the assembly in India of Proton cars was a key factors to meet market expectations, in terms of price affordability and quality.

Globally, the company has another small car, the Savvy, in its portfolio. The engine and gearbox of the 1200cc super-mini car are being sourced from Renault. While there has been no confirmation from either party, it is possible that Proton may source engines from Renault for India operations as well, as the latter is contemplating setting up an engine plant in India as part of its Rs 4,500-crore investment in the country in association with Nissan.

Proton has been looking for an India debut for more than a decade. Initially, it was talking to Hindustan Motors for a joint venture. Later, its own financial problems prompted Proton to put its India plans on the backburner. A year ago, Proton revived its plans and there were reports of the Malaysian company being in talks with the Hero group for a joint venture. However, even this hasn’t materialised.