Mahindra Two Wheelers launched its new Mahindra Gusto 125 in the southern states of Karnataka, Kerala and Tamil Nadu ahead of its planned national roll out. 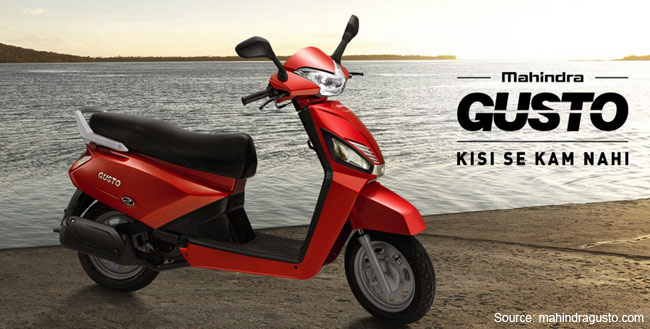 Developed completely in-house at Mahindra Two Wheelers' R&D Centre in Pune, the new scooter is powered by a 125 cc engine.

"Since its launch last year, Gusto has grown consistently and we are now excited about extending the brand to include new consumer segments,” said Vinod Sahay, chief operating officer, Mahindra Two Wheelers. “It is packed with a powerful 125cc M-TEC engine with load sensing MCDi technology and is the best value for money with matchless features."

Features such as the Find-me lamp and Guide lamp have been incorporated in the scooter drawing inspiration from Mahindra's sports utility vehicles (SUVs) XUV 500 and Scorpio. The Find-me lamp helps in easily identifying Gusto among hundreds of parked vehicles with a lamp glowing, while guide lamp will illuminate for a little while even after turning off the vehicle lights so that the rider can go back safely after parking the vehicle, he added.

Currently being launched in phases in South India, the new Gusto 125 vehicle will be launched globally across Asia and Central America as well, Sahay said.