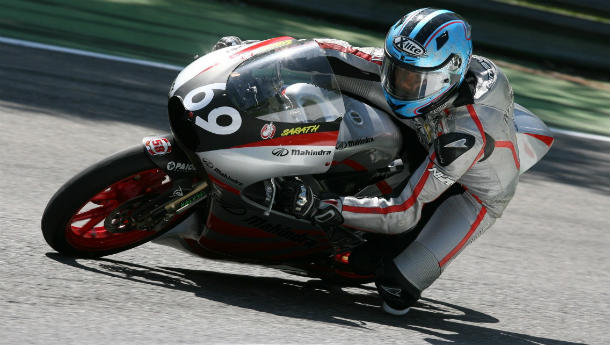 It has been a similar reception in Colombo after Mahindra decided to sponsor the inaugural Sri Lanka Premier League. “After the gala opening ceremony, I was told by many that Mahindra is a global corporate from India, but with a Sri Lankan heart,” he adds.

From high adrenaline motor sport to football; from cricket to desert rallies or even soccer and basketball, sports is increasingly becoming a key strategic outreach tool for the tractor-to-technology conglomerate to promote its corporate brand and ethos world over and even to its workforce drawn from over 100 nationalities. In some cases, it is also throwing up new business opportunities.

“Today corporates have options beyond cricket and Bollywood. Newer icons are also being born in other media-friendly sports. So for companies like Mahindra, which either have global aspirations or seek the 18-35 year-old consumer in the top 20 cities, sports properties are the obvious choices,” explains Indranil Das Blah, COO, Kwan Entertainment and Marketing Solutions.

But there’s a twist. “We are moving away from traditional advertising and promotional channels,” says Shukla. “We are looking beyond just writing cheques to sponsor events. We are either proactively participating in the events ourselves or trying to promote or develop the sport ourselves. So we look at a longer term engagement.”

In soccer, after closing down the country’s club Mahindra United, the involvement steered towards grooming talent at the grassroots through the Mahindra Youth Football Challenge – an Under 13 School Tournament. The championship spanning six metros ends up handpicking three to four young talents every year who are then groomed under the Celtic Football Club of UK. It’s a similar attempt in basketball as well where the Mahindra and NBA have initiated a community based basketball league for the potential stars of tomorrow.

The business rub-off in some cases is obvious, especially in Moto sports. As a four year old newcomer to the two wheeler market with muted commercial success, MotoGP gives Mahindra a steep learning curve in a space dominated by long standing leaders. The participation helps showcase the engineering and technology expertise on a platform where the best in the world compete. Currently there is a 25-member dedicated Mahindra Racing team based out of Italy that focus on every aspect from product development to team selection and marketing along with the local design partner Engines Engineering. With 300,000 fans on the homepage, Mahindra Racing is actually more popular than many local IPL teams. “We are doing better than the most popular sport in India,” Shukla says.

Similarly, in the US, a market where Mahindra has been eyeing to enter its portfolio of utility vehicles, it sponsors NASCAR driver, DJ Kennington, winner of five consecutive races in the 2012 NASCAR Canadian Tire Series. It’s no coincidence that Kennington is also a successful farmer and therefore instantly gives a connect to Mahindra’s tractors business.

These different sports platforms are identified and selected to suit both the product category and the geographic region where the group operates. “You get to customize it as per the need of a specific market,” explains Shukla.

Thus MotoGP – televised in over 100 countries — becomes an ideal platform in Europe and many other western countries, whereas in cricket playing nations of South Asia, Australia and South Africa, it’s the best property to engage with. “Moto GP gives us a positive association of speed, reliability and technical excellence for our motorcycle itself. But at the same time, there is a great spill over for the entire mobility segment all the way from SUVs to aerospace,” says Shukla.

The Sri Lanka League is also being beamed to over 80 countries. Sri Lanka itself is the largest export market for the M&M’s auto division. Even an assembly plant is being conceptualized in the island to cater to incremental demand.

Interestingly for group companies like Mahindra Satyam, sports have become an emerging business vertical since 2007. The company’s global visibility zoomed after it became the IT and technology partner for the FIFA World Cup two years ago and had even intensely used on ground activation at the South African venues. They are also doing the same in Brazil in the next championships. Since then, the FIFA tie-up has been leveraged as an entry strategy in places like the Middle East.

This year Mahindra Satyam has entered into a strategic partnership with Aspire Zone Foundation, a sports city to create end-to-end and innovative venue and event management systems. Aspire Zone will own the intellectual property rights to the product, while Mahindra Satyam will exclusively provide all the application development and system integration services. This has been done with an eye on the 2022 FIFA World Cup in Qatar and the Dubai government’s bid for the 2024 Olympics.

So what’s next? With IPL title sponsorships up for grabs from this year, there is speculation that Mahindra would now beef up its cricket properties back home. In the spirit of Olympics, many are already assuming that Chairman Anand Mahindra too will join Lakshmi Mittal and his $10 million Mittal Championship Trust’s gold quest with his own initiative. Shukla remains diplomatic. “Each project is carefully evaluated on branding spin offs versus cost involved.” So the search is on for the next big sporting idea. The Cheetah is indeed on the prowl. (Additional reporting by Shivani Shinde)