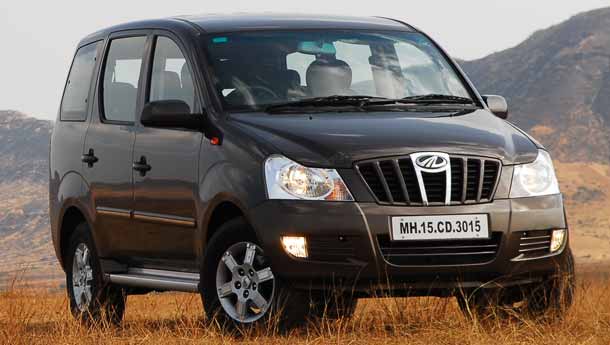 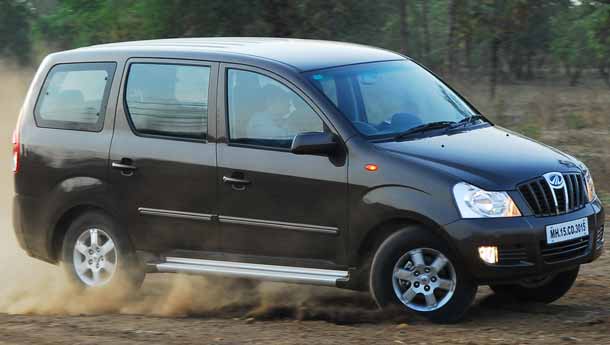 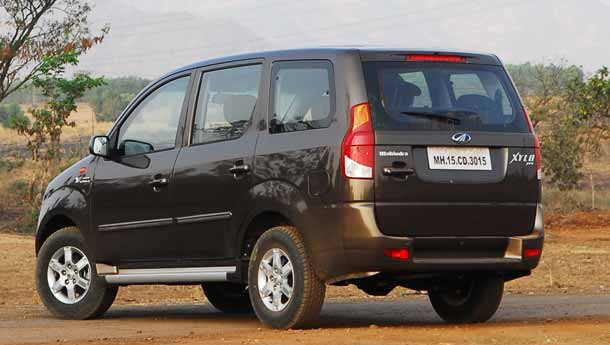 I simply love attending Mahindra launches. Not that there would have been too many in the last decade — but I have been to the Scorpio do, followed by the Logan event and so on. Actually I have been attending car launches by different car makers for some time now and it is time I got bored out of my bones doing this. But as I said, Mahindra launches are special. Why? Because there is a certain degree of passion that rules things here. People at Mahindra love doing the entire gig — sneak drives, presentations, song and dance, press conferences, plant visits, sneak advertisement previews… the whole thing is a mighty celebration and you have to admit, a very honest one too. Right from the selection of names for the Xylo’s colours (Lucky Lilac, anyone?) to the passion with which Anand Mahindra defends his team for the four-year development span of the new car to the glitter in the eye of Pawan Goenka when he talks about the next two projects to the fullbodied excitement of Rajesh Jejurikar when he explains how the ‘era of sedans is over’ to the ‘calm-as-an-ocean’ look that Vivek Nayer manages just minutes before the launch… I am telling you, the stuff is infectious (you can see that the PR team and the event managers are bursting at the seams too with energy and the atmosphere here is more charged than that at a college election.

Needless to say, this team of professionals is extremely proud of the Xylo, and thankfully, the corporate masks that most car makers wear is now missing. Another four products down the line and Mahindra executives will start taking themselves more seriously. But as we speak, it is time to cherish and enjoy the simplicity, excitement and total honesty that comes only with hard-charging underdogs. To dismiss this enthusiasm as naïve would be a cardinal mistake,from an Italian design house ‘at the beginning’, and I dare say the ‘segmentbuster’ idea that may have looked smashing on paper has resulted in a car that will be known for being ‘different.’ The idea to have mix-and-match bumpers for some variants is not very noble and could have started only as an unreasonable request from a marketing team looking for distinctiveness. I guess the Xylo is the kind of design that will take time getting familiar with. Till then, it will share the same parking lot in my mind where I normally abandon Ssangyongs. All Ssangyongs.

INTERIOR AND COMFORT
When the designers say that this car was built inside-out, you better believe them. There is loads of space inside the car and the flat floor indicates clever packaging indeed. Let us, for a change, begin with the rear-most seats. I am taller and broader than most crash-test dummies and I found the rear row extremely comfortable over 100-odd km (yes, I did travel sitting there, just to find out). I have travelled extensively with my friends and their children and it is usually the little ones who get thrown into the deep end of the cars (everything from Innovas to Endeavours to Q7s, mind you). And despite the window that does not roll down, I wouldn’t mind volunteering to travel long distances in the back row of the Xylo. Sure, it is not a pleasant sight to see me get out from there, but to be fair on the designers, the captain seats in the middle row of the E8 variant that we were driving folded down without fuss at the flick of a well-conceived lever.

Needless to say, the front two rows are even more comfortable and there is enough space to get the seats to fold flat to make a ‘business class’ bed.Comfortable seats with armrests that can be adjusted for height and quality upholstery ensure that you don’t miss your sedan. The aircraft theme continues with drop-down trays that can hold your snacks and drinks. I am sure there is a well-thumbed book on ergonomics at the Mahindra design centre, and the driver and front passenger are put at ease almost immediately by using some clever thought processes. What is not so agreeable, though, is the fact that you get to see design bits that are absolute afterthoughts. Like the multi-function module that has been glued-on to a rather well conceived dashboard and the cup-holders since the end result is an extremely well thought out and well executed product that will be sold aggressively. Unfortunately, the job of a road tester starts when the launch venue is dismantled. So I hit the road with the Xylo and tried my best to find faults. Here goes.   LOOKS AND DESIGN
This is not a handsome car, neither by definition nor by divine proportion. To be fair, no people mover has any right to be ‘good looking.’ But what is disappointing is the fact that the Xylo is at war with proportions — it looks too narrow and too tall. Add to that the one-and-half box design that makes it almost a Scorpio Version 2.0, and we are talking a new genus altogether. The designers attempted to create SUV virtues in the Xylo and carried over the Scorpio’s chromosomes into the MPV brief, complete with that seven slat grille. The saving grace is the new-age lighting fixtures (headlamps inspired by the Mercedes-Benz SL!) and exceptional fit and finish. The pronounced wheel arches and kinks on the C- and D-pillar impart some flair to the profile, while a proper hatch door on hydraulic struts would have been much more practical than the side-hinged rear doorthat has gone into production. Mahindra say that there were inputs on either side of the gear lever that were, again, retrofitted with plastic bits.

ENGINE AND PERFORMANCE
The Nasik-Mumbai highway is a work in progress — it has been one for ever — but I was cruising down the road when I glanced at the speedo. It read 120 kph to my amazement. That, dear reader, was the defining moment of this test drive. The Xylo was riding well and rolling along like a seasoned Toyota rather than a brandspanking- new car. It had a full quota of passengers and reasonable quantities of luggage too, but it was happy keeping up the decent speeds without any worry. The 112 bhp four-cylinder CRDe diesel, with 24 kgm of torque, is branded mEagle and displaces just a few ccs short of 2500. This motor benefits from an improved breathing system and a reinforced cylinder block for lower NVH levels. Plus hydraulic lash adjusters, an auto tensioner for the belt and advanced engine damping results in refinement and increased reliability.

The five-speed gearbox though is not in the same league as the engine when it comes to refinement, but it is not so bad that you miss shifts or experience any judder. The gearing is meant for our country and that means driving in traffic is easier than in many ‘adapted’ machines. The only issue with the powertrain came up when we had to come to a halt while climbing uphill and behind a slow moving truck. It is easy for us to comment that a variable geometry turbo can do the job of more linear power delivery, but we reserve our judgment till further testing. A quick run with a Vbox strapped on to the car yielded 6.4 seconds to 60 kph and 16.4 seconds to 100 kph. Rohin, our road tester, was more enthused about the 165 kph top speed, which according to him, was achieved without drama and cannot be beaten by the competition. The Xylo ran our PET (Performance Evaluation Track) circuit in a quick 59.3 seconds — the kind of time comparable to litre-class petrol cars!   RIDE AND HANDLING
The table-top mountains that give Nasik and its suburbs inimitable character formed the backdrop and the light was good for some still photography. But the approach road was not fit for sedans and was strewn with rocks. Maybe I was under the impression that I was driving a new Scorpio and not an all-new MPV. Without hesitation, the Xylo hit the dirt. And oh boy,was it happy to hit dirt. The Xylo is as capable an off-roader as the Scorpio is and we hear a 4x4 version will be available in six months’ time. Imagine a ‘crossover’ variant (like the Fiat Adventure based on the Palio/Siena) complete with matt-black plastic shrouds, no chrome whatsoever and auxiliary lighting... you get a roomy, capable accomplice for some serious X-treme sport activity. There, I have a name too — Xylo 4X4X-treme!

I cannot pinpoint any particular factor—it could be Mahindra’s expertise when it comes to body-on-chassis architecture, perhaps it is the big wheel/tyre combo and partly the low-end torque of the mEagle motor that loves to churn rubble… but this is a dream car to drive on rough, no-road situations. But what is even more surprising is its refinement on road. Hmm, no more room for ride and handling jokes at Mahindra’s expense then? Yes, and a resounding yes at that. While the ride quality is good overall kinds of surfaces, there is a degree ofexcess body roll that worried me. The car felt very settled when loaded and while ona straight line, but when attacking corners, there was enough body roll to justify all the roof-mounted grab-rails provided inside (the one for the middle row was called a curtain rod by someone). A trip to our PET track was enough to prove that there is no need to worry about the body roll — but this is a minor flaw in a stunningly competent dynamic package based on a rather basic struts up-front and coils over damper rear set-up.

VERDICT
I am tempted to drive a Xylo to Goa and become the first person to drive a Xylo there. Actually I can be the first to reach Khardungla too. The point is, with the Xylo, I can. And while at it, I can carry my neighbourhood with me in comfort. We got a mileage of 12.8 kpl, which is quite good for a MPV. There are issues though – there aren’t any models available with ABS or airbags, not even as an option. So look elsewhere if you want a car that has the acclaimed active and passive safety measures (lots of sedans, hatches and even an MPV out there that offer it at a price). The entry level E2 version is priced at Rs 6,24,500, while the fully loaded E8 is pegged at Rs 7,69,500 (ex-showroom Delhi), so the Xylo is a lot of car for your money indeed. To sum up, the Xylo deserved a proper launch with enough song and dance. And I can’t help but be happy for the underdogs who have delivered the goods.