Mahindra XUV500 vs Tata Aria vs Skoda Yeti - Stand Out 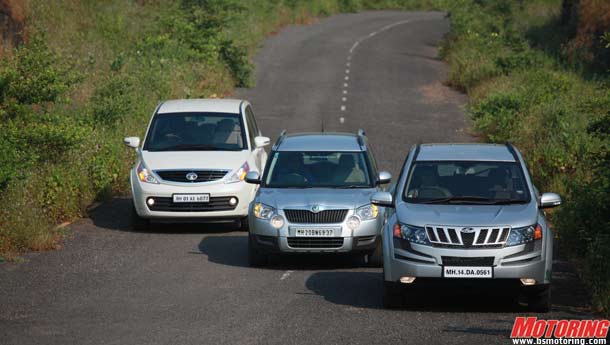 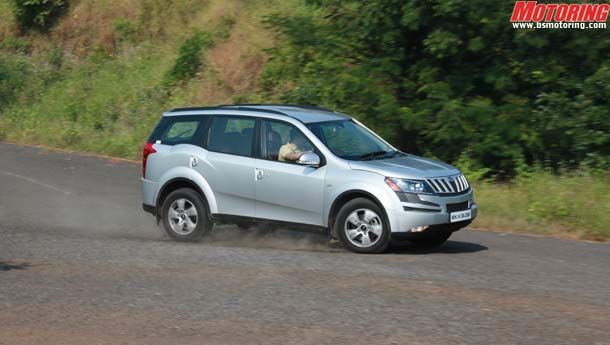 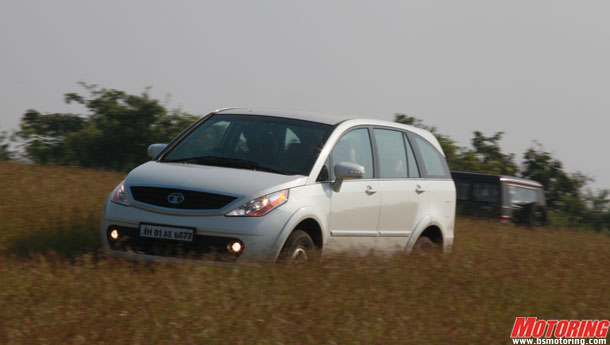 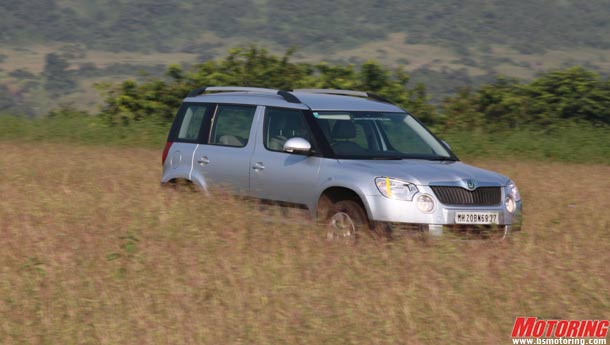 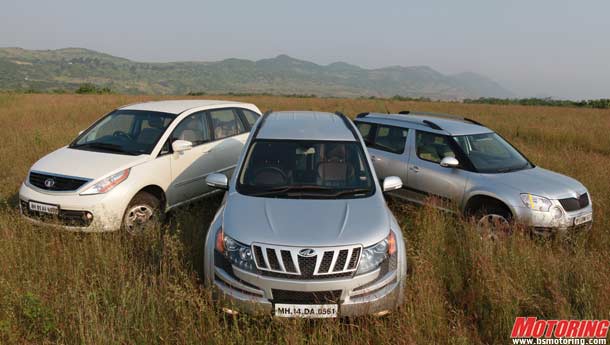 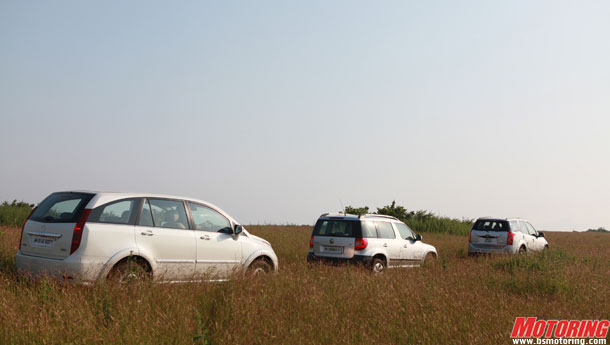 If you happened to read the Mahindra XUV500’s road test, you will probably be dying to know how it stacks up against its competition. Competition, you ask? Well, it comes in three forms – the original keeper of the flame, the Tata Aria, the very capable Skoda Yeti and a third that was originally intended to flank the former two, the Force One. We did manage to drive the Force One for a limited distance and so you can find our impressions in a box on the next page. Right now though, we shall focus our energies on the Aria and Yeti.

Since looks are subjective (and yes, it always leaves a certain section fuming), let’s go straight to how are they to live with. The Yeti is probably the best built, feels quite solid and can give many upmarket, large SUVs a run for their money. Its compact dimensions, wide stance, clever seating possibilites and top notch build quality make you appreciate it once again in this company. What’s not practical is that darn clutch, which makes stalling as often an occurence as a burp.

Surprisingly, the Aria isn’t too far behind. Okay, so you’re not planning on participating in the Raid de Himalaya in it. But it does have seats for seven unlike the Yeti’s five, some pretty decent switchgear and build quality and dare I say it’s somewhat better in that regard than the XUV500. The gearing is good for city use, the 4x2 is decently quick off the block and it feels pretty stable even at speeds over 140 kph. While its looks are inoffensive (and some can’t help but mistake it for a Manza), we think it needs some flash-n-dash in this company.

The XUV500’s build quality is rather good in some places, but feels a bit slipshod in others. But it has some pretty decent offroad ability even in 2WD guise, it’s loaded like no other Rs 20 lakh SUV that I’ve seen to date and the last row is more useful too. There has been a lot of attention to detail and it shows once you spend enough time with it.

The Yeti is the quickest, feels the most planted, the most fun-to-drive and the most nimble. That smile on your face when you bury the throttle into the firewall stays plastered even when your wife asks you over dinner about your day at work. It’s also the only one to be offered with 4x4 as standard for now. Gripes? Oh yes, that clutch aside, the ride quality is stiff. But did I tell you Skoda is planning an auto-box for the Yeti? Shhh....

The Aria isn’t something you would want to do the Scandinavian flick in. It’s better being the long distance highway cruiser rather than finding its feet on an INRC rally stage. The comfort on offer and the powertrain flexibility, especially in the 4x2, is quite some leap. If I were to pick a grouse I’d say, someone at Tata needs to understand steering wheel design. It’s uncomfortable over long drives and those controls just come in the way when you want the friendly neighbourhood fly off the windscreen.

The XUV500 is a revelation of sorts. It handles quite tidily, isn’t one to baulk at quick lane changes or attacking corners in anger. In fact it’s the handling of the XUV500 that raises eyebrows if the last Mahindra you drove was a Scorpio. The flipside is that ride quality borders from being okay to thrashy and somehow, the company is yet to get the combination of ride and handling spot on. The gearbox is a bit notchy and while the steering and brakes have decent feel, it’s the performance numbers that make it second quickest on these charts.

I wish there was an easy reply to this, as all three are different in terms of a number of details. Even so, there’s still an answer to the question.

Tata’s effort with the Aria is a brilliant one – too brilliant to go unnoticed. It’s comfortable, is quite decently built and is nice to drive around town. Yet, its MPV looks and somewhat lopsided price tag haven’t won it enough friends. Maybe, Tata Motors need to find someone better than Mr Spy and his family to sell what is Tata Motors’ best effort so far.

The Yeti is by far the most sorted, well-built and generally the nicest to drive by a big margin. Yet, people buy with their wallets and not just capabilities alone and the Yeti’s stratospheric price tag really takes the game away. Add the lack of ‘wow’ features and the clever bits of the Yeti disappear into the fog. A smaller engined and cheaper Yeti is on its way, but it needs to be priced competitively if Skoda has to move many units of what we think is all the car one ever needs.

So the bugle is sounded off for the XUV500. It isn’t perfect, mind you, and Mahindra could have probably charged five to seven per cent more and rounded off the edges – the customers wouldn’t have minded it either. And yet, it’s not only an engineering achievement, but it’s the simple fact that Mahindra have found not just these three SUVs/crossovers but a whole bunch of sedans to take the fight to. It’s the sheer combination of capabilities that  it offers for its price that makes it our winner here.

A Force to reckon with:

The Force One does have some strong basics. The body-on-ladder chassis of the Force One is good for the beaten path and it has genuine seven seats. But, the floor is too high, the seats low and the general driving experience is somewhat in the vein of the Ranger-derived SUV. The gear throws are, ahem, notchy and it’s the silky smooth and torquey nature of the 2.2-litre Mercedes-Benz motor that saves it. There is quite a decent level of kit though. If the XUV500 weren’t around, we may have even lauded it. If you still yearn for something hardy and for a price that won’t break your bank, this one still warrants a look.