Mahindra XUV500 vs Force One - Rock of ages 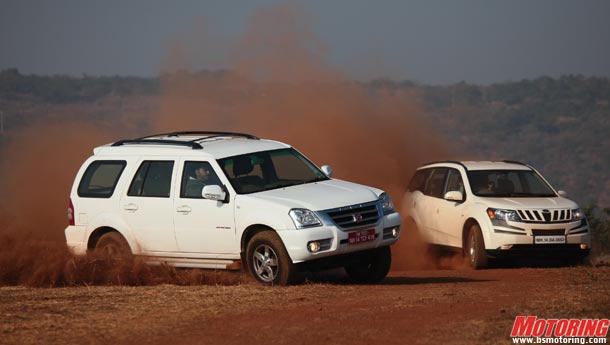 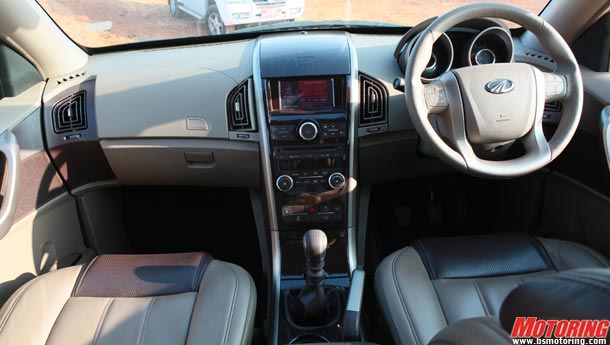 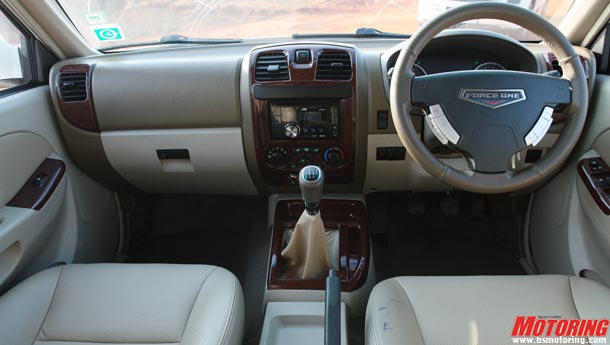 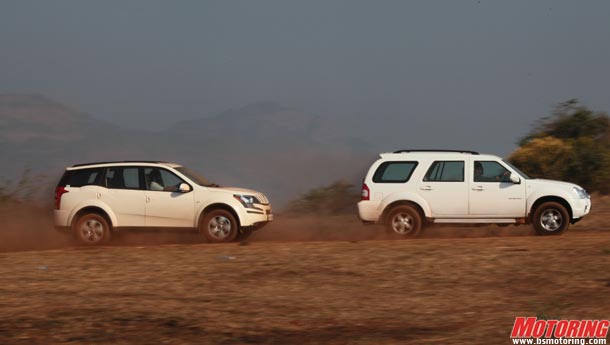 When Force Motors announced plans of building its own premium SUV, not many scoffed at the idea. The company, known for building the near-indestructible Gurkha and Trax, seemed to know what it takes to come up with a winner. However, Mahindra had other ideas. The company, with products like the Thar and the erstwhile ‘Jeep’ up its sleeve, was keen to enter the fray, after tasting success with the more civilised Scorpio. The result was the XUV500.

The question is, which one should you buy? Two versions (one being a 6-seater, the other a 7-seater) of the Force One are currently on sale and will set you back by around Rs 11 lakh, while the XUV is available in three versions – the W6, W8 and the W8-AWD – with the cheapest starting off at an ex-showroom, Mumbai cost of Rs 11.03 lakh. The W8, Mahindra’s contender in this showdown, will cost you Rs 12.38 lakh, again ex-showroom, Mumbai.

But it’s not only about the pricing points, right? On the one hand, you have an old-school body-on-chassis, rear-wheel driven SUV with the Force One, and on the other, you get the monocoque, front-wheel driven XUV. How do you choose between the two?

Despite styling largely being considered to be subjective, in this case, the winner can be arrived at blind-folded! Although by no means ugly, the Force One seems like an amalgamation of styling cues from a variety of different models, all somehow brought into one vehicle. Take the C-pillar for example. It has a vastly acute angle when compared to the others while the rear bit seems like a transplant from something totally different. The tail-lamps seem to have come off a Toyota SUV. The LEDs at the front give it an upmarket look, but the rest of the car shouts ‘traditional!’

The XUV, on the other hand, has cohesive lines that are more energetic and youthful than those of the rather staid Force one. With those flared wheel arches and that muscular crease running across its side, not forgetting that intimidating front grille, this SUV certainly looks the part, with tremendous road presence. Okay, typically with Mahindra, there is a tendency to go a little OTT and that’s what has happened with the XUV. It is a bit too flamboyant for international markets, but on our roads... well, we Indians love it.

Mahindra has learnt its lessons well. From building its first jeeps back in the day, under collaboration, to designing and building its own vehicles, the company has kept moving forward in terms of build quality. The XUV clearly shows how far ahead it has come. The plastics are more than satisfactory and you can actually write home about the paint quality. Although this is the company’s first attempt at building a monocoque SUV, I can safely say that they have done a fine job indeed.

The Force One might have a robust body-on-ladder design, but the specimen we were given by the company was far from that. Truth be told, I hate being über-critical with someone else’s work, because it’s hard to say if I could really do it better with my lacking-skill set. But with the Force One, the slew of unfortunate events that occurred compel me to be rather harsh with the car in order to stick to the truth.

The driver seat’s height adjustment mechanism collapsed while the vehicle was being driven, the oil pressure light kept flickering (I checked the oil level, which was found to be well within the specified quantity range) at will and the HVAC suddenly stopped cooling. I admit that this might be a one-off case, but it did leave a rather unfavourable impression upon me. It would be unfair to omit the fact that Force Motors had offered to send another test vehicle but unfortunately, due to the lack of time, we had to turn down the offer and instead, base our assessment of the car with the specimen that we had in hand.

Pop open the rear hatch and well, nothing happens other than the sound of an unlatched lock. You physically have to carry about a third of the weight of the hatch, simply because the two struts fitted are too wimpy to cope with the load. Then, there’s the jagged edges where the side panels meet with the D-pillars on the roof. Those things were really sharp, quite capable of a little blood-letting if you were careless enough to run your hands over it with force. Oh, and the paint drips and the excessive body sealant were all over the cross member just above the hatch.

The Force One’s truck genes show the moment you slide into the SUV’s seats. Although the under thigh support of the seats is minimal, a trait that Ford Endeavour owners might relate to, the cabin space is expansive and the leg room is more than sufficient in the first two rows. I particularly liked the ease with which the instruments can be read, all thanks to a well laid-out format and crystal clear LED display. On the flip side, the relatively bare-bones interiors are rather staid and nothing really stands out – even the audio system does nothing more than play a tune or two.

The XUV, however, is another animal altogether. The seats cocoon you from all sides, and the multi-texture interior surfaces can overwhelm your senses. Leg room is more than adequate for the front two rows, while the last one is a bit of a squeeze. The display unit is a touch screen affair and it lends itself to a bit of fiddling.

One of the major reasons why manufacturers have moved to monococque construction is due to the limitations that old-school body-on-ladder chassis pose towards handling. A ladder chassis consists of two parallel, long members, with cross members placed between them. However, since it is a largely two dimensional structure, the design is inherently incompetent in dealing with torsional rigidity, thus reducing its capability of squeezing through tight corners.

This fact alone lends the XUV a handling advantage over the Force One. The more modern suspension fitted on the Mahindra also contributes in making it feel more nimble and willing to change direction, while allowing it to hold its line better than the Force One. That said, the Force One seems to be capable of sustaining much more abuse than the XUV, and its truck roots reaffirm this opinion.

In terms of ride quality, although the XUV feels plusher, the Force One has this rather macho feel to it. Folks who love the feel only more rudimentary vehicles can offer today will simply go head over heels over the way the Force One tackles on and off-road conditions. I had a blast tossing this one about in the dirt and the photos are testament to that fact. Oh, and the fact that the Force One is rear-wheel driven, unlike the XUV, helps add to the fun factor in the dirty stuff!

When you’ve got an engine that once resided under the bonnet of the C 220 CDI and E 220 CDI Mercedes-Benz, not too long ago, you know you’ve got hold of a good motor. The Force One, with its 2.2-litre, 140 bhp, 32 kgm engine, is a hoot to drive, with the throttle pinned forward as far as it can go. The acceleration to 60 from nought comes in at 7.27 seconds and the SUV hits the tonne after 15.2 seconds. Top speed comes at about 156 kph. Not bad at all, especially when this lump of metal weighs nearly 2.5 tonnes, gross!

However, as good as the engine might be, there are a few niggles. The motor seems noisy, especially from within the cabin, and the gearshift is notchy, with the stick insisting on being extremely stubborn.

The XUV too suffers from a stubborn gearshift; another similarity between the two engines is that the XUV’s motor too puts out 140 bhp along with 33.7 kgm of torque. But the din of the Mahindra’s engine within the cabin is much less than that of the Force One. When strapped with a Vbox, the XUV managed a 0-60 kph time of 6.26 seconds and it cracked a century after 13.65 seconds. Pushing further, the top speed achieved was 174.8 kph.

The Force One is a good SUV on its own, and had it not been for the advent of the XUV, would have made a good buy for those who wanted something like the Ford Endeavour but within a very tight budget. However, the XUV, despite being priced in the similar range, has come and blown the Force One clear out of the water.

You get much more for your money with the XUV500, and that includes standard essentials like airbags, disc brakes at the rear and a sixth gear, among other things that are available at an additional price. The build quality and creature comforts of the XUV also trounce the Force One and that makes it a much better buy on the whole. The modern, front-wheel driven monocoque wins; yes, it’s a whole new world!