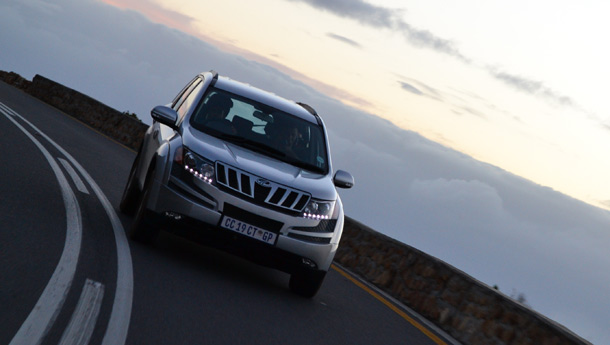 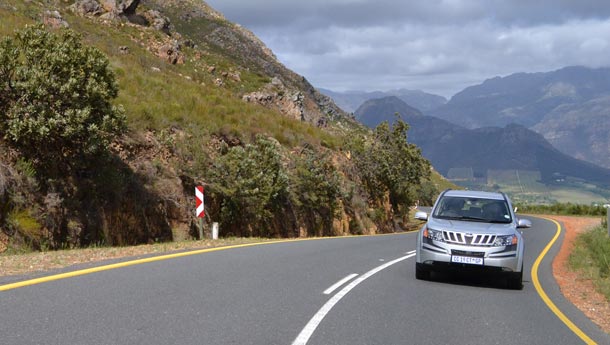 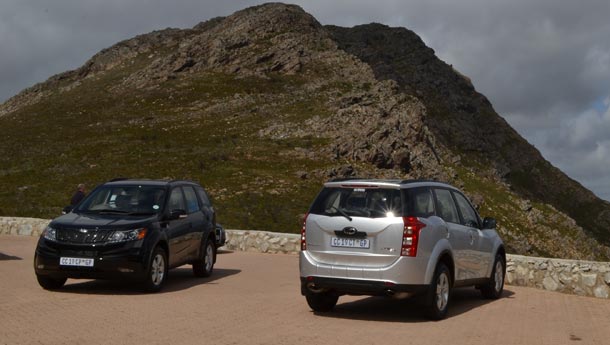 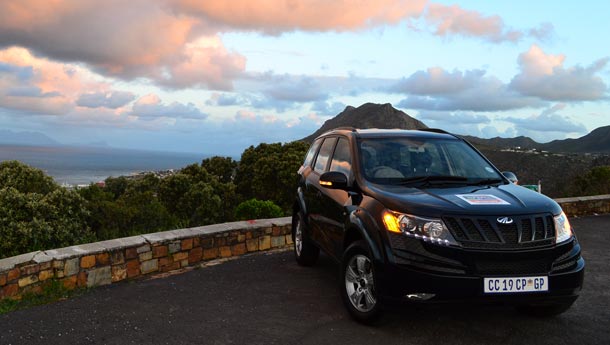 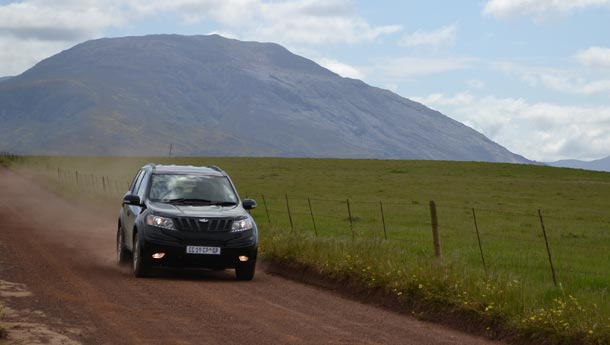 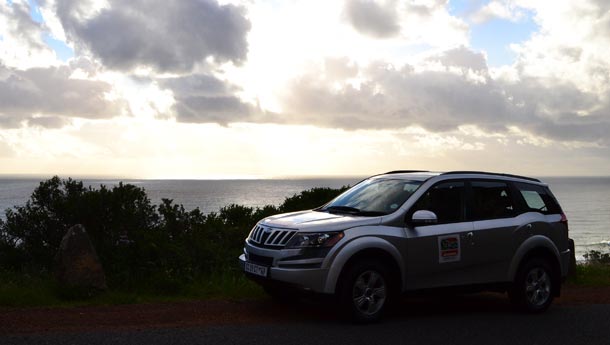 I have a little note hidden somewhere in my cupboard that has a list of all the places I want to see before I die. Now, assuming that I will last the average human lifespan and of course, that I’ll be able to decipher my cryptic handwriting ten years down the line, I should be in Tibet in a cheap 4x4, near the Easter Islands in a raft, on a mountain bike (cough) near Machu Picchu and on a Ural preferably going from Moscow to Vladivostok, eventually moving onto Mongolia. Yes, they’re lofty, dreamy and all that, but really, what is the point of having realistic, sensible dreams?

The Cape of Good Hope, one of the southernmost points of the African continent, was admittedly lower down in the list, but as I stood right at that spot, stunned and speechless, with my jacket resembling a puffer fish and my body leaning at 25-degrees against the frigid wind blast, it dawned upon me as to just how important this moment was. I was ticking off the first entry on my list with a big ‘DONE!’ Fantastic feeling, that one. ‘Not so dreamy after all, eh?’ I mumbled to myself.

Simply put, this place is off-the-hook and I’m saying that after I’ve barely even scratched the surface. Mahindra’s first international adventure event was planned in and around Cape Town – that superawesome place near the southernmost region of the African continent – and I have a sneaking suspicion that the idea for this drive was seeded a long time ago in ex-BSM Editor Bijoy’s head on one of his travels; once he sees the potential in an idea, he rarely lets it go. Originally inhabited by the Strandloper folk, the modern iteration of Cape Town owes its existence to the shipping trade as it was developed as a supply station for the Dutch East India Trading Company ships bound towards India and the Far East. Eventually, the Voortrekkers – the first Dutch settlers – figured that their transit camp would make for a beautiful place to live in and they also figured it would be a better use for a place that’s dangerously close to being God’s own country. God couldn’t possibly have chosen a better place than this, the cradle of humanity.

Where do I even begin with this place? If I sound like a South African travel agent, it really isn’t my fault. Even the most hardcore pessimist would struggle to stay true to his nature after seeing South Africa. I’ll tell you what, imagine the best parts of Africa, Europe, Asia, South America, Northern Africa and other exotic locales like New Zealand and cram them all into the surrounding of this one beautiful city – Cape Town – and you’ll have some sort of an idea as to what I’m on about. But I started with a blank slate in my head (nothing new there) – let’s see just how this country changes me. One fine morning, a Boeing touches down into Cape Town gently, it’s a balmy 15-degrees outside with deep blue skies and two groups of noisy Indian journos pop out of the aircraft and they’re immediately packed away in two XUVs and sent out. Along the way, what we thought was a quick lunch stop turned out to be the automotive equivalent of a strip club and it’s carefully disguised as the Franschhoek Motor Museum. An Enzo, a 250 GTO, a Porsche Carrera GT, Jacky Ickx’s Porsche 956 in those brilliant Rothmans colours, a Moto Morini 3-1/2 and that was just the tip of the iceberg. Mother of God. We had to be physically hauled away back onto the highway because we were destined for Helshoogte Pass, better known as ‘Hells Heights’. Nestled in a soaring, parched mountain range, the pass itself is blessed with more greenery than you can poke a stick at and a road that I could’ve practically kissed. That good. We were only too happy to barrel up and down the passes on end in the XUV – which displayed fair amounts of agility and body control for its size – but by the time we were heading back, it was nightfall, we were in the largely lonely countryside and we were in South Africa.

Anyone who’s anybody gave us very serious advice that being on the road post-nightfall is a bad idea in South Africa. If you’re not a 7-foot giant armed with an M16, you should hire one who is exactly that. They said that you’ll get stopped, mugged, shot even and then they’ll go to work on you. Gulp. To be honest, it couldn’t be further from the truth, at least in these areas. Cape Town is pretty safe in most localities and if you keep your butt out of some notorious areas, you should be fine, even without a trace of a guard. We were deep inside wine country and it was maddeningly beautiful as this stunning countryside soaked in the last bits of the waning dusk light and the only light you could see were timid specks of amber emanating from diminutive villages in the distance.

Despite being a fairly large vehicle, the XUV doesn’t feel hulking great from the driver’s point of view. What it does best is to eat up the miles with ease, with the torquey 2.2 mHawk on boost, the cruise control locked and with Mark Knopfler’s Gibson on the radio. We only wish the motor felt less diesel-like, more free-revving and generally creamier.

Usually on media drives, such a lax day is a bad sign because that means the next day is going to be a blur. A short stroll in Franschhoek in the morning after revealed just how much the town structure, the shops, the functioning of the community resemble Europe – they’ve brought Europe to Africa and how. But then, when do they ever leave it behind? A constant barrage of astonishingly pretty landscapes through the mountains continued right through to the coastline, after which we simply reduced to checking for hidden holographic projectors – it’s that picture perfect.

This coastal town called Hermanus, placed inside Walker Bay, used to have a name too long for the postal office so they had it changed and it’s as famous for its whale-watching sites as it is for the lovely seaside restos. I don’t need to tell you just how nicely devouring trout while downing chilled Windhoek lager by the deep blue sea hits the spot. Little did I know that the winding coastal road towards Cape Town that we were just about to encounter at sunset would be one of the best roads I’ve ever driven on. This piece of tarmac hugs a coastline that most would’ve seen only in the movies and mixes driving fun with heady scenic scapes like few other places. Much to everyone’s surprise, the XUV managed to hold its own when pushed through a fast set of corners and since there were four journos to a car, we appreciated the space and the comfort it provided. Pity that Mahindra can’t pass on the cost advantage like they do in India because of the South African duty structure. As a result, the XUV5oo has got formidable competition in the form of the Hyundai iX35, the Honda CR-V, the VW Tiguan and the likes.

For all the beautiful things that surround it, Cape Town is quite an iconic city in itself, somehow managing to stay suave and modern while exuding a calm beach town vibe. Flanked by the Table Mountain, the Devil’s Peak and the Lion’s Head on three sides and a scintillating aquamarine seafront on the fourth, one of the best ways to get a bird’s eye view of the city is to make your way up to the Table Mountain on the fantastic cable car service. It’s believed to be the oldest mountain range on the planet – 260 million years old versus the Himalaya’s 40 – and even if you happen to miss that fact, the dizzying view down below and the creamy hot chocolate served by the little cafe on top will most certainly be worth the visit.

Moving along swiftly, the day’s destination was set to Simon’s Town, a charming little seaside town located near the southern-most tip of Africa – the Cape of Good Hope.

The traffic doesn’t dwindle a bit even as we start moving out of Cape Town because it’s the weekend and the city folk are out in droves riding their motorcycles, trekking, para-kiting, sailing, cycling or simply sunbathing by the beach. Courtesy the brilliant road network, you can eat up an awful number of miles in a day while pondering over what adjectives could possibly describe what you eyes are witnessing. The XUVs also looked better than ever in these gorgeous settings, don’t you think? We hit our lunch stop – Hout Bay – way before we expected and this tiny fishing village manages to pack a lot of ol’ world charm in not much real estate. The centre of attention is the Mariner’s Wharf, a harbour front emporium cum hotel that should be a destination in itself, going by how well the interiors are detailed in its maritime theme, decked up with everything from rescue boats from the 1800s to waiters who dress up as sailors. The food is nigh on perfect, made ‘the way our fishermen like their women to make it’. The XUVs enjoyed their novelty status by the harbour as tourists tried to figure out what brand it really was. ‘Looks quite good, eh?’ was the usual response. Another 100 kilometres or so on the road to the tunes of Simon & Garfunkel and we were greeted by the sight of Simon’s Town in the valley below, bathing in mellow evening colours.

The South African Navy calls Simon’s Town its home, so you’ll see submarines and frigates amongst African penguins, whales and seagulls. Simon’s Town is picturesque and charming like you wouldn’t believe. ‘The Perfect Holiday’ is the local tourism department’s catch phrase and they aren’t exaggerating. Okay, once you include the Cape of Good Hope in the itinerary, it’s not exaggeration. Which is exactly what we did, but only after a short (and expensive) visit to the local toy shop/museum and the flea market. With three BMW GS Adventures flanking our convoy, it was quite a drive through Table Mountain National Park right up to the edge of the ocean. It’s actually a misconception that the Cape of Good Hope is the southernmost tip of the African continent because the southernmost point is, in fact, Cape Agulhas, 150 clicks to the south-east from here. ‘The Cape’ has been a historic landmark used for maritime navigation for ages and is quite a sight to behold, once you get used to the frigid wind blast. Mahindra couldn’t have kicked things off in a better way than this and in a way, their first international Challenge reflects Mahindra’s ambition to become a significant player in the global market.

This country is legendary. Frankly, just having four days there is a bit like having a thousand National Geographic wallpapers flashed by you in ten minutes – after all the ‘oohs’ and ‘aahs’, you still won’t feel as if you’ve soaked in all that the place has to offer. A week into it, you’d still be stunned and speechless; after a month, maybe you’d start to get a real feel for the place and before you know it, a few months down the line, you’d be applying for permanent residency. That’s how it goes here. As for my bucket list, you know what they say about the first step.

The writer was invited by Mahindra to drive the XUV 5oo