Mahindra Two Wheelers Ltd (MTWL), the ailing subsidiary of Mahindra and Mahindra, is trying to re-invent itself and come back on the growth path - for starters, it aims to reduce its losses in this financial year to sub Rs 1 billion levels (from a Rs 4.71 billion in FY17). Besides planning to launch new variants of its premium bike Mojo in the coming quarters, it has got a brand new BSA bike in the works apart from a Jawa motorcyle (expected in FY19).

Mahindra's two-wheeler business that started with the acquisition of Kinetic Motor Company's assets in 2008, has seen falling sales and mounting losses in the last few years (Chart). Several of its products (Pantero bike, Duro DZ, Rodeo RZ, Kine scooters) failed to make a mark and were eventually discontinued around 2015, which resulted in sales revenue dipping by 93.5 per cent year on year in FY16. Finally, last year the company announced that it had decided to move away from the commuter segment bikes and scooters and focus on the premium segment instead. A good move, say analysts as it is tough for a new player to compete with established ones in a highly competitive commuter segment and survive, more so as the 100-125 cc motorcycle market has come under threat from scooters off late.


Prakash Wakankar, chief executive officer, two-wheeler business, Mahindra and Mahindra spelled out the several moves the company has already made to pare costs and reduce losses. With the Kinetic acquisition, its field force and the manufacturing plant assets (Indore) had come to Mahindra. A voluntary retirement scheme (VRS) was announced at the plant in 2015, which many opted for. Many old employees are also in turn for their retirements now. "There are benefits of being a part of a large conglomerate. As a part of cost rationalisation, several employees from the two wheeler business have been absorbed in other lines of businesses," Wakankar explained.


The company has also reduced spends on major marketing events, advertising etc. Instead, it is using the digital space more and working with dealers in their catchment areas for promotional events. "Advertising and marketing initiatives are more targeted now," he added.


And finally, with the decision to move away from the commuter segment, there is no cost of new product development for the mass segment as well. The development of new premium products (BSA and Jawa stable) is happening through a separate subsidiary Classic Legends Private Ltd (CLPL). Mahindra had acquired the BSA brand through CLPL which also has a brand licensing arrangement with Czech motorcycle maker Jawa for a few markets including India.


Its only premium offering in the Indian market, the Mojo has not really done well of late. In fact, its sales slipped to almost half during the April to December period this fiscal to just 561 units (from 1050 units in the previous period). Wakankar admitted that the sales have been disappointing. He explained that after the strategy of moving away from the mass segment was announced, there was some apprehension among the dealers. "All our dealers did not have the Mojo this year. We also opened five exclusive dealerships for the Mojo recently which would offer a unique experience to the customers," he said adding that the company soon planned to launch the Mojo UT, a more affordable variant of the bike. A couple of more variants were in the works.


So, is there any plan of overhauling the current dealership network in the transition to premium two-wheelers? Not really, until it happened organically. Wakankar said that the company has maintained that every existing owner of a Mahindra two-wheeler would continue to get service and spares. Of the 362 service centers of the company last year at this time, around 336 still remain now. The sales points have reduced, however, from 315 last year to 184 now.


"We are not driving out any dealership or asking them to close. In fact, we continue to make and sell the Gusto and the Centuro range here," he said. Some existing dealers have opted to go for the Mahindra First Choice Wheels, the used vehicle brand, which recently began selling used two-wheelers.


As for the mass segment offerings Gusto and Centuro, there was no plan to pull the plug just yet. "Almost 50 per cent of the production is exported and in FY18 we have entered some new markets (East African). So, there is no plan to stop production at our factory at the moment," Wakankar said. Mahindra exports these vehicles to eight markets now. 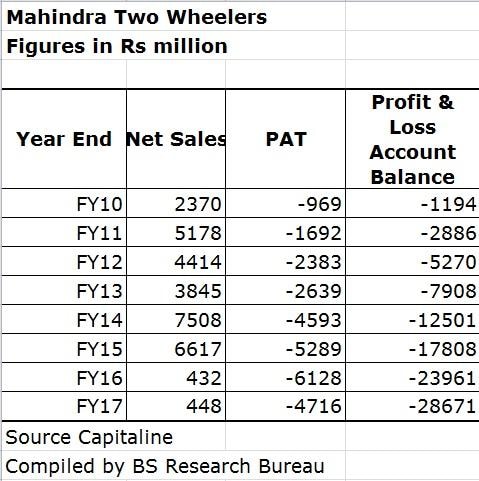 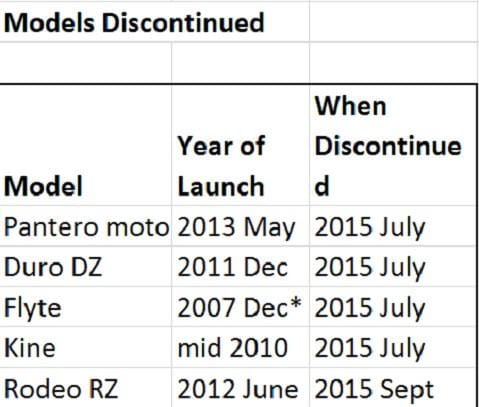 * Kinetic had launched the 125 cc gearless scooter Flyte that it had co-developed with Taiwan based Sanyang Motors in 2007. Kinetic was acquired by Mahindra in 2008