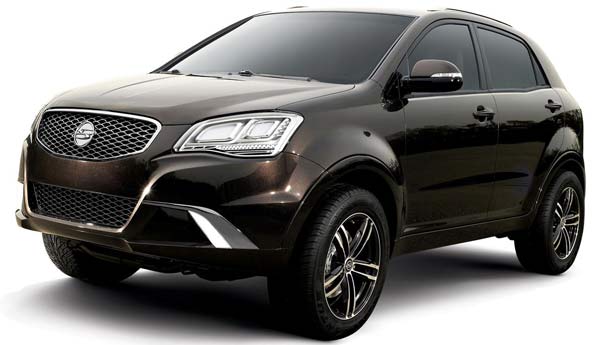 Auto major Mahindra & Mahindra will showcase its Korean subsidiary Ssangyong's vehicles for the first time in India during the upcoming Auto Expo next month, following the acquisition of the firm over a year ago.

The company will showcase its sports utility vehicles Rexton and Korando, which will be launched in India soon, at the auto show to be held in the National Capital.

"Post the acquisition of Ssangyong Motors, there has been a lot of interest within Indian consumers to see for themselves some of these world-class products. Keeping in mind this aspiration, Mahindra will showcase among other vehicles, both the Rexton and Korando E which are slated to be launched in India shortly," the company said in a statement.

In November, 2010, Mahindra & Mahindra (M&M) had signed a definitive agreement with Ssangyong Motor Company (SYMC) to acquire 70 per cent stake in the ailing South Korean auto maker at a total cost of $463 million (about Rs 2,105 crore).

Besides, the company will also showcase an electric variant of its sedan Verito during the Auto Expo. Electric vehicle Mahindra Reva NXR will also be displayed.

Likewise, Ford India will showcase a new vehicle that is planned to be introduced in India and other global markets in the near future.

"The new vehicle will be the latest One Ford global product, a vehicle designed to help expand Ford's footprint in the world's fastest-growing auto markets, including India. It will be the second of eight products Ford plans to bring to India by mid-decade," Ford India said without sharing details.

The company will showcase in total 12 vehicles, including Figo, new Fiesta and Endeavour, it added.

Premium luxury car-maker Mercedes-Benz yesterday said it will launch its SLS AMG Roadster at the Auto Expo in January.

The company will also display the concept A-Class, which is globally acclaimed for its superior technology. Its stall at the Auto Expo will see the presence of more than 10 cars, including the SLS GT3 and the DTM car.