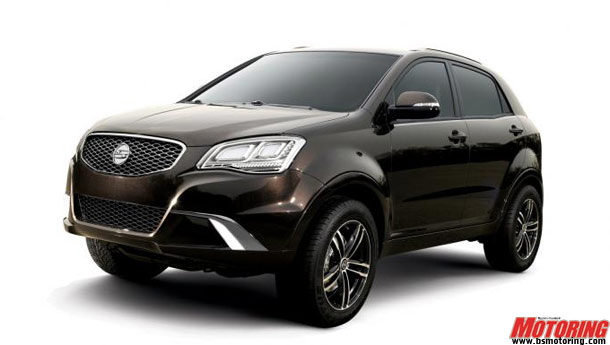 Mahindra said going forward, Ssangyong products would be manufactured in India. Mahindra Group Vice-Chairman and Managing Director, Anand Mahindra said, “In the next 12-18 months, we are planning to bring out the product. Currently, we are working on the viability and the vehicles are being tested.”

“Going forward we will also look at some of the Sangyong's products in India, though a decision is yet to be made on the location,” said Mahindra. “We bring financial stability and investment, as well as a futuristic focus with our offerings in alternative fuels and electric vehicles,” Mahindra said.

Mahindra & Mahindra is planning to roll out the Korando and Rexton models in the Indian market.

Mahindra had agreed to buy a 70 per cent stake in Ssangyong in November, 2010. The economic downturn had forced Ssangyong into bankruptcy protection in January, 2009, after four years of Shanghai Automotive’s management control. Ssangyong exited court-led bankruptcy protection. The company, South Korea's fifth-largest automaker, is known for its sports utility vehicles and the Chairman luxury sedan.